Following a deadly week on the Gaza Strip border, Israel’s security establishment is on high alert for the first Friday prayers of the month of Ramadan. The eternal capital of Israel (yes, we had that, too, this week) is preparing for the arrival of thousands of Muslims for the holiday services on the Temple Mount, with the hope that things will not get out of control. Of course, the security establishment knows that Hamas and its terrorist affiliates are ultimately the ones who would decide whether Friday is rife with “spontaneous” riots or quiet and solemn as befits the religious multitudes. And so, large IDF and police forces are deployed on high alert along the Gaza Strip border, throughout Jerusalem, and in Judea and Samaria.

In eastern Jerusalem and in the alleys of the Old City, many Police and Border Police forces are deployed in anticipation of the arrival of thousands of Muslims for the holiday services in the city’s mosques. Despite the high alert and the volatile atmosphere over the move of the US embassy to Jerusalem, at present there is no intention to restrict the entry of Muslim worshipers to the Temple Mount, nor to screen the worshipers by age.

Most of Police preparations are directed at dispersing the worshipers and breaking up confrontations in the hours after the mosque prayers, mainly in villages and neighborhoods around Jerusalem and Judea and Samaria. So far it appears that Police intelligence is not expecting things to go out of control, the defense establishment is aware of the possibility that the sermons on the day of worship would urge the faithful to go out and riot in the streets. And so the state of high alert but without restrictions on Muslim’s movement will remain in place until the end of Shavuot, Sunday night.

Hamas did call on the residents of Gaza to come to demonstrations alongside the border fence and to escalate confrontations with Israel, despite the terror group’s declared commitment to restoring the calm.

“We call on the youth to participate decisively in Friday’s clashes out of respect for those who have been killed and to strengthen the legitimacy of the resistance,” the Hamas website declared.

In a Thursday interview with Al-Jazeera, the head of Hamas in the Gaza Strip, Yahya al-Sinwar, boasted that his group succeeded in altering the view on the world’s television screen. Instead of watching just the opening of the US embassy, we forced them to split their screens and show our protest demonstrations, he said.

So Hamas received its 15 minutes of fame, at the cost of 4 dead per minute. There have been condemnations of the IDF’s efforts to block a mob infiltration of Israeli territory, but the crude manipulation of Gazan civilians by their Hamas warlords quickly became the real topic of conversation, even in the NY Times.

The tame Arab response to this week’s events at the Gaza border, as Arab league members were limiting their support to little more than lip service, must have burned. Qatar promised to renew its support to the suffering Gazans, and the EU pledged a whopping three million euros. Even next door, in Ramallah, the response was mostly in video. So much so that al-Sinwar had to call on the leadership of Fatah to get behind more “popular resistance demonstrations against the Occupation and illegal settlements.” Which means they weren’t even getting their people out to the streets in solidarity with the folks in Gaza.

Al-Sinwar also called for the termination of the Palestinian Authority’s security coordination with the IDF, which isn’t going to happen, since both the PA and the IDF are collaborating to hunt down Hamas terrorists in Judea and Samaria. 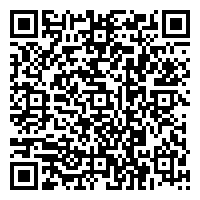