Muhammad, the younger brother of notoriously nasty teen Ahed Tamimi, has been photographed holding a gun, which officially starts the countdown to his arrest on terrorism charges, if not worse.

The brother, Muhammad Tamimi, was part of the infamous August 2015 video which led to Ahed Tamimi’s arrest for assaulting two IDF soldiers who stood quietly and took the abuse. In fact, it was Muhammad the soldiers were arresting on suspicion of throwing stones at them when the ululating started. The video, which went viral, begins with the soldiers attempting to arrest Muhammad, when a large group of crazed Arab women attacks one of the soldiers in what emerges in a a life-threatening situation.

Our nation turned its lonely eyes to you, IDF soldiers driven crazy by wicked rules of engagement, and all we wanted to see was a short sub-machine gun burst – even if just in the air. Instead we saw our beautiful boys being slapped around by a sinister kennel of repulsive women.

The photograph published by ‘Ad Kan’ demonstrates yet another level of the Tamimi family’s support for terrorism, as they are grooming of their 12-year-old to a life mired in weapons and murder.

As you may recall, Joint Arab List chairman Ayman Odeh visited the Tamimi family in solidarity with then teen Ahed, and Benny Gantz’s new supporter then tweeted: “With the brother and cousin of Ahed Tamimi in Nabi Saleh. They tell me that struggle is a way of life, both for the young and old among us, and that it will never end until the occupation ends. Freedom for Ahed Tamimi!”

You can keep her… 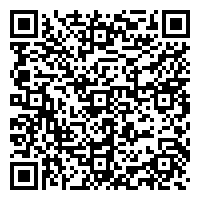