Meretz MK Gaby Lasky told Reshet Bet radio Friday morning, just hours after three Israeli men had been murdered by an Arab terrorist in a Tel Aviv pub, that she supports PA Chairman Mahmoud Abbas’s payments to the families of killed or imprisoned terrorists. The three bodies were still warm, when the Mertez MK declared, regarding the killers’ offspring: “We need to make sure that those children also have a livelihood. I know people have a hard time accepting that, but it’s the truth.”

A regular Mother Theresa. The thing is, only three days earlier, MK Lasky tweeted: “Defense Minister Gantz’s decision to connect the illegal outposts to electricity produces de facto annexation and whitewashes tens of thousands of offenses. This is a reward for plunder and theft of land and a blatant violation of all the coalition agreements. If anyone thinks there will be no consequences, they are wrong and should think again.”


And therein lies the religious dogma of Israel’s left – not the extreme left, mind you, but respectable, mainstream leftists, including Labor and many in Blue & White and Yesh Atid, who view Jewish life in Judea and Samaria as the original sin of the Israeli-Arab conflict, and base their entire political value system on that: if you oppose the “occupation” you deserve mercy and support, even if you murder people; but if you favor the “occupation” you have no rights at all, including the right to life.

With that as her essential philosophy, Lasky told Reshet Bet: “There is no need for collective punishment for families. I say no to home demolitions and no to administrative detentions.”

Since the start of the latest wave of terror, the only effective means of handling the sporadic outbursts of extreme terrorist violence – literally a man with a gun starting to spray civilians with bullets without a warning – has been the mass arrests of suspected terrorist sympathizers. Hundreds have been rounded up in a desperate attempt to remove from the streets all those potential gunmen. Lasky would have none of that. Better dozens of innocent Jewish civilians be shot in the street than a single suspected terrorist be put in prison based on suspicion alone.

Lasky was attacked from all over for her insensitivity – literally expressing support for the enemy while the blood of the victims is still hot. She quickly realized the errors of her way – not the views, just the timing. She tweeted later on Friday:

“My statement was out of place and did not justify for even a moment the criminal terrorism, and I apologize for it. I unequivocally condemn yesterday’s horrific attack. I share in the grief of the families and send condolences to the families. There is no debate here for and against terrorism because I say unequivocally that it must be fought, and that everything must be done to ensure security.”

Now, that’s a relief: MK Lansky does not support terrorism. But you’ll notice she didn’t take back the part about her supporting Chairman Abbas’s salaries to the murderers’ families. She only said this was not a good time to offer her heartfelt support. She also changed nothing about her stand on allowing Jews on the hills of Judea and Samaria to be connected to the electric grid. She changed nothing, she still views the choice of a Jewish person to live wherever he or she wishes to be the essence of sin.

Finally, last July, Lasky told Kan 11 News regarding the Ben & Jerry’s boycott against Israeli consumers: “This is not about economic terrorism. Israel violates human rights in the territories and if there are companies that don’t want to sell things there, this is a decision that should be respected. … What’s important is that we are finally starting to talk about the fact that there’s a difference between Israel and the Occupied Territories. This is the issue we need to put on the agenda.”

It’s the same theme, the same religious dogma, over and over again. In Lasky’s world, there are no proper business contracts, no consumer rights, only elements that are against Jews’ living anywhere they want in the Land of Israel, and elements that support it. What a fervent believer this woman is. 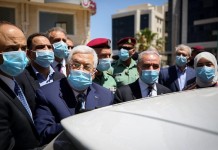 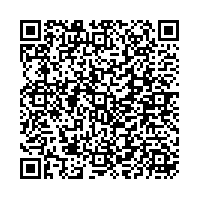