After 12 years, during which the Palestinian Parliament (Legislative Council, PLC) has not met, Palestinian Authority leader Mahmoud Abbas suddenly announced yesterday, that the Palestinian Constitutional Court had dissolved the PA parliament:


Abbas: “The [PA] Parliament (Legislative Council), which has not been active for 12 years… The topic reached the constitutional court, and it issued a decision to dissolve the parliament and call for elections for the parliament within six months.” [Official PA TV, Dec. 22, 2018]

Why would put Abbas suddenly do something that he has not done for 12 years?

In the last PA elections held in 2006, Hamas won a clear majority of Parliamentary seats in both the Gaza Strip and the West Bank. With Hamas holding the absolute majority, it was convenient for Abbas that the Parliament never met. Abbas and Fatah ruled the PA directly through government decisions and regulations. Abbas justified the freezing of the Palestinian Parliament due to the Civil War which led to Hamas rule in the Gaza Strip in 2007.

Abbas’ change of heart is not because he is suddenly interested in democracy. Rather, Abbas is recognizing that at 83 years old he must consider what will happen the day he leaves office. Under PA law should he leave office without a successor, the Speaker of the Parliament takes over as head of the Palestinian Authority for two months after which elections are held. The current Speaker of the Palestinian Parliament is Aziz Al-Dweik from Hamas.

So under PA law Hamas would rule the PA, should Abbas leave his position.

Significantly, a large majority of Palestinians support implementing PA law and having Al-Dweik lead the PA should the position of leader be empty. A July 2018 poll by Khalil Shakaki’s Palestinian Center for Policy and Survey Research (PCPSR), found that 60 percent of Palestinians agreed that “in the case of Abbas’ absence, the Speaker of the Palestinian Legislative Council, Aziz Al-Dweik from Hamas, must become president for two months in implementation of the Basic Law.”

Although Abbas has refrained from explaining his decision to disband the parliament, the rationale underlying the move would appear to be his fear that Hamas would legally take control of the PA, even without new elections. While the PA Basic Law does limit the interim leadership to two months there is no guarantee that Hamas once ruling the PA would allow for new elections.

Hamas could use a number of justifications, citing the fact that Mahmoud Abbas himself has been leader of the PA for 13 years without calling elections even though the chairmanship under PA law is limited to 4 years. If Abbas could breach PA law and remain leader for such an extended period of time, there is no reason to believe that a Hamas leader would rush to relinquish his powers simply because of PA law.

The potential result could be, that having legally taken control, Hamas would have no incentive to call a general PA election and they could extend their rule indefinitely as did Mahmoud Abbas.

In order to avoid Hamas taking control of the PA it would appear that Abbas is trying to create a new reality, in which, as a result of its dissolution, there is no “Speaker” of the parliament to replace him.

However, complicating matters for Mahmoud Abbas and Fatah are the latest polls showing that Hamas is more popular than Fatah and would win both elections for leadership as well as for the parliament. A December survey conducted by the PCPSR shows that if Mahmoud Abbas and Hamas’ Ismail Haniyeh faced each other, PA Haniyeh would win by 7 percent, and if parliamentary elections were held, 34 percent would vote for Hamas and 35 percent for Fatah. The remaining 31 percent would either vote for other factions or are undecided.

Leaving the Palestinian Authority without a Speaker of the Parliament does not determine who would replace Abbas should he suddenly have to step down. Abbas’ political faction Fatah, which has military control of PA areas of Judea and Samaria and the Palestinian Authority capital of Ramallah, would certainly attempt to hold their power and through some internal procedure try to quickly appoint a successor to Abbas and announce him as the new leader.

It is unclear when the decision to dissolve the parliament takes effect or exactly when the new general elections will be held, but the interim period may well result in internal Palestinian Authority turmoil. 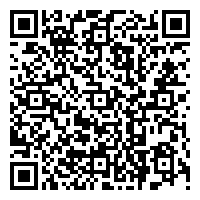