According to NGO Monitor, “Breaking the Silence” has been receiving direct and indirect funding from several European governments for many years. In the latest year for which comprehensive data is available, 2014, 61% of the group’s annual budget was from European governments, directly and indirectly. The total income for this NGO in 2014 is listed as $970,000. The main governmental direct donors in 2014 were the European Union, the Human Rights and International Humanitarian Law Secretariat (Sweden, Denmark, Switzerland and the Netherlands), and Norway.

In addition, in December 2015, following inquiries from NGO Monitor, the EU disclosed that it was providing to Breaking the Silence an additional $259,000 in 2015-2017, under a project titled “Educating for Change: Human Rights Education in Israeli Society.”


NGO Monitor says most foreign governmental funding lack transparency and accountability, and the criteria used to approve the grants remain unclear, which is also the case regarding information as to the degree to which these criteria correspond to the official foreign policies of the funding countries. Similarly, there is little transparency regarding measures used to evaluate the activities of recipient NGOs.

Israeli NGOs are legally obligated to report foreign government income, and so most of the data below was taken from the Israeli Registrar of Non-Profits and from self reporting by Breaking the Silence, and not from the funders. There have also been cases of “double dipping,” whereby the same government provides funding through multiple channels to Breaking the Silence.

EU Funding for Breaking the Silence

1. To engage and educate primarily young Israelis about the importance of respecting human rights in the occupied Palestinian territories (OPT) including East Jerusalem (EJ).

2. To cultivate respect for human rights and international law in the Israeli public by providing direct encounters with human rights violations in the OPT including EJ.

3. To inspire Israeli participants to act to improve human rights respect and daily life in the OPT including EJ.

To counter apathy and increase resistance in Israeli society to human rights abuses occurring in the Palestinian territories through bottom-up education and empowerment of young Israelis and engagement with Israeli opinion formers.

Breaking the SIlence funding (In NIS) 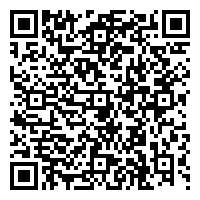