It’s one of those untold ‘heart-warming’ stories set against the backdrop of the seemingly never ending conflicts in the Middle East. Dozens of Kurdish children from Kurdistan in Northern Iraq are being ferried to Central Israel’s Sheba Medical Center, in order to undergo life-saving heart surgeries to repair a myriad of congenital heart maladies. Without the surgery, almost all of these children would either die or face a lifetime of debilitation.

The herculean efforts to transport these children to Sheba for critical medical care are spearheaded by a Jerusalem-based Christian outreach organization, Shevet Achim, and Sheba’s Israel Center for Disaster Medicine and Humanitarian Response program.


For Dr. David Mishali, who heads the International Congenital Heart Center within Sheba’s Safra Children’s Hospital, the mission to save these fragile youngsters is part of his daily routine as both a top surgeon and medical diplomat.

On one of the walls within Sheba’s Children’s Congenital Heart Center is a chart adorned with the flags of various Third World nations, as well countries which have no diplomatic relations with Israel, including Iraq, Syria, Palestinian Authority, whose children have been saved by Dr. Mishali and his talented team of surgeons and nurses.

“A child is a child and a parent is a parent. Makes no difference who they are or where they come from, “said Dr. Mishali.”The work is both exciting and stressful at the same time. We are happy to help anyone, especially if they are very ill and don’t have any other choice. This is what I live for. I am very focused on my job when I’m operating on a child. There’s no time for emotions. I’m like a robot. But afterwards, of course, there is time for an emotional response.”

For the Kurdish mothers who accompany their children on the long medical journey, which could last anywhere from a few weeks to several months, it’s an emotional rollercoaster. “They are happy to be here because the Kurds identify with Israel, as they have been battling for their survival and independence for thousands of years,” revealed a Shevet Achim volunteer from the USA, who acts as a translator. Taking a sick child to a country with a very different culture can be stressful. Yet, the Kurdish mothers are both polite and very respectful. “We are proud to be here and trust the doctors,” offered one mother, whose son was about to be operated on to repair a hole in his heart. Several of the Kurdish mothers could be seen hugging each other as one of the children was wheeled into the operating room.

A Sheba surgeon revealed, “In many cases, when we read the child’s medical file from his country of origin, it can differ from what we discover with our advanced check-ups. We have been surprised on numerous occasions.”

Dr. Mishali added, “That is because in many Third World countries, medical technology is nearly 60 years behind from developed Western countries like Israel. So sometimes, we are faced with challenges we did not originally suspect.”

Though Shevet Achim has sent Kurdish, Syrian and other children from Third World countries to various hospitals across Israel, Sheba continues to be the place where most of them are going, especially those with complicated heart problems.

Jonathan Miles, the founder of Shevet Achim claimed, “We have worked closely with Sheba for the past decade and I can say that in reference to Tikkun Olam, Sheba’s doctors have saved many worlds.” 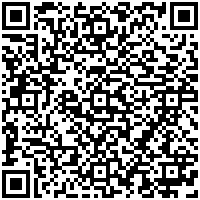