This weekend, 70 thousand Jews from across the diaspora will be inspired by lectures from Israeli speakers as part of the World Mizrachi Movement’s “Seventy for 70,” in celebration of Israel’s 70th, a joint project of World Mizrachi Movement and the Religious Zionists of America (RZA-Mizrachi USA), led by program director Rabbi Reuven Taragin.

In the United States alone, 70 communities will welcome a range of Religious Zionist thinkers from across the Israeli spectrum, including Rabbis, Rebetzens, academics, politicians, journalists and tech entrepreneurs. Meanwhile in Canada, United Kingdom, South Africa and Australia, Mizrachi chapters will welcome additional speakers next week to infuse their communities with the Torah of the Land of Israel.

The “Seventy for 70” program was initiated by the Mizrachi World Movement to bring the spirit of Israel to the diaspora communities and reinvigorate their passion for Religious Zionism.

In addition to the Seventy for 70 program, one hundred and fifty of Mizrachi’s leadership and supporters from around the world will be in Israel for a five-day seminar where they will tour the country and celebrate together with the people of Israel. The mission will seek to strengthen their understanding and connection to the Land, people and Torah of Israel and empower them to keep inspiring others. It will include meetings with high profile Religious Zionists that are shaping the future of Israel.

Rabbi Doron Perez, CEO of the World Mizrachi Movement said in a statement: “As we celebrate Israel’s 70th year, World Mizrachi is grateful in the knowledge that our programming will affect the lives 70,000 Jews across diaspora. We have sent forth the Torah of the Land of Israel through seventy emissaries to seventy communities across America and beyond.

“This illustrious list of speakers is shaping the future of Israel and share a common love for its land, Torah and people. We hope that they will infuse thousands of Jews with a deeper and more meaningful connection to the national state of their people. Mizrachi and Religious Zionism were integral in the establishment of the Jewish State and today our influence can be felt across Israeli society. There is a lot to celebrate this week and we want to share our passion with the world.”

The World Mizrachi Movement was established in 1902, a Hebrew acronym for “Merkaz Ruchani” or a spiritual center it bridged the orthodox Jewish world with the unfolding Modern Zionist movement. The Mizrachi movement was at the center of Israel’s creation and remains steadfast in defending Israel on every possible platform. Through its global educational activities, the World Mizrachi Movement is preparing the next generation of world Jewry to love and appreciate the one and only Jewish State.

A list of the speakers arriving in the US.

A list of the American Jewish communities where they will be speaking. 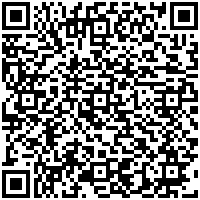