Attorney-General Avichai Mandelblit on Wednesday told the National Labor Court (NLC) that it should view payments from the Palestinian Authority (PA) to terrorists’ families as income, and therefore reject the request of a terrorist’s family for Israeli social benefits.

The PA has a policy of paying the families of terrorists, which has been criticized as a financial incentive to commit terrorist attacks against Israelis. In 2018, the PA’s budget included more than a billion shekels in payments for terrorists and their families.


The NLC was discussing an appeal by an Arab resident of eastern Jerusalem, the father of a terrorist who was convicted of two counts of attempted murder. The father filed a claim for benefits from the National Insurance Institute (NII / Bituach Leumi), which was rejected after he failed to produce the necessary documents relating to the funds he received from the PA.

He then filed an appeal with the Jerusalem Regional Labor Court, which was rejected because the court considered the payments as income for the purpose of calculating the family’s eligibility for social benefits.

The father appealed the decision to the NLC, claiming that the funds are “community support” and that he merely passes them on to his son.

The NLC requested Mandelblit’s legal opinion on the matter, and he said they should consider the payments as income because the father has exclusive control of the funds once he receives them from the PA.

Mandelblit added that the family’s acceptance of funds from the PA for the son’s terrorist activity is contrary to Israeli law.

He said the consideration of such illegal funds as anything other than income may have a negative effect, incentivizing further unlawful financial activity and terror.

The National Labor Court has yet to issue a final ruling on the matter. 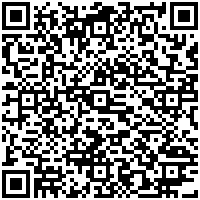