Hundreds of Israelis from across Israel gathered in Hebron last Thursday to participate in the Conference for the Application of Sovereignty over Judea and Samaria, and to hear a growing cadre of politicians, experts, and opinion-makers discuss their perspective on how to realize this goal.

The Conference, the second of its kind organized by Women in Green, saw a speaker list that appears to reflect a sense that annexation of Judea and Samaria is an increasingly viable option. Beyond the attendance of the expected nationalist politicians – like government minister and Chairman of Habayit Hayehudi Rabbi Prof. Daniel Hershkowitz, National Union MK Uri Ariel, and Likud MK Tzipi Hotovely – also appearing were Caroline Glick, a senior editor at the Jerusalem Post; Yoram Ettinger, former Israeli ambassador to Washington; and Eran Bar-Tal, the economic editor of the Makor Rishon newspaper, among many others.


Long dismissed as a revisionist fantasy of the extreme nationalist camp, the idea of annexation is gaining traction in mainstream society, as more and more Israelis question the wisdom and validity of the ‘two state solution’ paradigm. The commission and release of the Levy Report appears to be one such manifestation of this shift.

At the Conference, which was held in the hall adjoining the Machpelah Cave, each speaker offered their own perspectives on annexation. Minister Hershkovitz insisted on the application of Israeli sovereignty over all of Judea and Samaria and not only over the communities of Area C. In what appeared to be a jab at the annexation plan put forward by Naftali Bennett – who is running against Hershkowitz for chairmanship of Habayit Hayehudi – Hershkowitz said that the application of sovereignty over anything less than all of Judea and Samaria will be interpreted by the other side as an admission of surrender over certain parts of the area. Glick agreed with Hershkowitz, saying that “the cost will be the same cost, so it would be a shame to pay it for half the job….”

Bar-Tal, speaking from an economic perspective, dismissed the scare tactics of the left regarding the economic repercussions of annexation, and stated that in fact annexation would strengthen Israel’s economy.

Yitzhak Bam of the Legal Forum for the Land of Israel analyzed the legal reality in Judea and Samaria, and – in concurrence with the Levy Report – stated that the issue of the application of sovereignty is not a legal question, but purely political, since there is no other sovereign authority that demands the return of the territory to it, and, in practice, there is a sort of “sovereignty vacuum” in Judea and Samaria.

But perhaps most stirring was the video message by Israel Prize laureate and former MK Geulah Cohen, who told of her parliamentary struggle to annex east Jerusalem, which began as a private initiative, and -after her tireless efforts- was finally passed by the Knesset on July 30, 1980.

Nadia Matar, who along with Yehudit Katsover organized the Conference, said: “We were greatly inspired by Geula. She talked about the denunciations she endured during that process. At the time people mocked her, just like they’re mocking us now.

“‘The sky didn’t fall’ when the law was passed,’ ” Matar recounted Cohen saying, “despite the propaganda employed by those opposed to the annexation.”

Cohen related how Teddy Kollek, then-mayor of Jerusalem, warned her that there would be an avalanche of international condemnation and isolation. Yes, foreign governments moved their embassies out of Jerusalem, she said, but if that’s the cost of asserting sovereignty over the Land of Israel, its a worthwhile cost.

Katsover and Matar said that that they plan on capitalizing on the momentum by enlisting more public figures and citizens to bear on the Knesset to advance the law for sovereignty over Judea and Samaria. 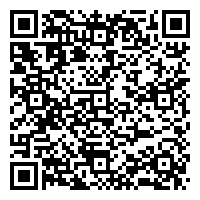