The Standard and Poor’s (S&P) global credit rating agency announced Friday that it was keeping its assessment of Israel’s rating at a high -AA permanent.

This is the highest rating Israel has ever had, putting it on par with the Czech Republic and Qatar and among a relatively small list of 17 countries, and above others such as China and Japan.


The high rating enables the government to raise funds under better terms.

The two major limitations of the rating remain the relatively high debt burden and the geopolitical risks.

S&P estimates that the Israeli economy will grow at an average rate of just over 3% by 2023, a high proportion for most OECD countries.

The company expects growth to be driven by private consumption against the backdrop of a strong labor market, continued investment by companies, especially in the high-tech sector, as well as strong performance in services exports, even if the government’s limiting fiscal measures will weaken growth.

Israel’s Accountant General Roni Hezekiah stated that the “rating ratification reflects the rating companies’ confidence in the Israeli economy and underscores the importance of continuing a responsible fiscal policy that encourages the optimal growth of the State of Israel and its access to capital markets, as reflected in recent issues.”

According to a statement by the Ministry of Finance, the bond offering was met with record demand, amounting to approximately $20 billion, almost seven times more than the total bonds offered.

The offering attracted over 400 different investors from nearly 40 countries, including the US, UK and Germany. There was a particularly high demand from Asian institutional investors, including from Japan and Hong Kong. 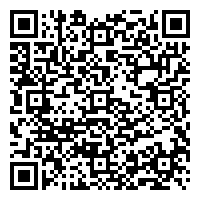