New statistics published by the Israeli government show that voluntary self-deportations by illegal infiltrators from Africa have surged by 57 percent since the country’s implementation of the 2017 Deposit Law, according to a report by Israeli daily Israel Hayom.

The data were presented to Israel’s Supreme Court by the state in response to a petition aiming to force the state to cancel the law, a statute according to which 20 percent of illegal migrants’ earnings are withheld until they agree to leave Israel.

The court has already blocked the Knesset from passing a law to deport illegal migrants.

Israel Hayom reported that whereas only 12 infiltrators per month were redeeming their money when the policy began in 2017, the number climbed to 52 per month in 2018 and appears to be on track to hit an average of 82 per month in 2019.

The report also indicated that the law has only been enforced thus far for 17,000 of the 34,000 illegal migrants working in Israel.

The goal of the law is to remove the incentive to remain in the country for those whose intention is to send a significant portion of their monthly paychecks to their families abroad. 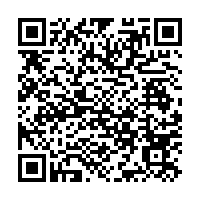