U.S. To Israel: Do Nothing Without Telling Us

According to informed Middle Eastern security officials, U.S. Defense Secretary Chuck Hagel informed the Israeli government that the Obama administration will not accept any unilateral Israeli attack against Iran and that Israel must not strike Tehran without coordination with the U.S.

In a speech at the United Nations in September, Netanyahu drew a red line on a drawing of a bomb, depicting the point where he said Iran will have enough medium-enriched uranium to move rapidly toward building a nuclear bomb.

Netanyahu said at the UN that Iran could reach that point this spring or summer.

A House Republican report released last week on the Obama administration’s response to the Sept. 11, 2012, Benghazi terror attack is missing one essential piece that could help answer many of the questions raised in the report.

The 46-page report by five committees of the Republican-led House says the White House scrubbed terrorism and Al Qaeda from talking points and misled the American public by blaming the attack on an obscure YouTube film.

The report questions why the White House falsely claimed the U.S. facilities were targeted in unplanned, popular street protests when it was known to the government almost immediately that the Benghazi mission and nearby CIA annex were attacked by militants in a premeditated fashion.

One key question of the congressional probe centers on why the State Department chose to reduce security at the U.S. Benghazi mission and to deny multiple requests for more security assistance. The report rejects State Department claims that funding was the reason for the security reductions.

A key accusation in the report alleges the White House generated talking points for the public that “excluded details about the wide availability of weapons and experienced fighters in Libya, an exacerbating factor that contributed to the lethality of the attacks.”

The report does not, however, mention that the weapons and fighters may actually have been the cause for the coordinated assaults on the U.S. facilities. According to Middle Eastern security officials speaking to this column, the U.S. mission was allegedly used to help coordinate arms and other aid to the jihadist-led rebel insurgencies in Libya and in Syria.

The U.S. mission’s alleged role in arming the rebels, as first exposed by this reporter, may help to answer many of the questions in the probe, including why the White House did not want to draw attention to Al Qaeda’s role in the attacks.

It also could explain why security was reduced at the compound. An increased security presence at the U.S. mission would have drawn attention to the shabby, nondescript building that was allegedly being used for such sensitive purposes.

Middle East security officials have described the mission in Benghazi as a meeting place to coordinate aid for the rebel-led insurgencies in the Middle East, including the transfer of weapons to rebels.

Two weeks after the Benghazi attack, this reporter broke the story that murdered U.S. Ambassador Christopher Stevens himself played a central role in recruiting jihadists to fight Bashar al-Assad’s regime in Syria, according to Egyptian security officials.

Among the tasks performed inside the Benghazi facility was collaborating with countries, most notably Turkey, on the recruitment of fighters – including jihadists – to target Assad’s regime, security officials said.

Stevens served as a key contact with the Saudis to coordinate the recruitment by Saudi Arabia of Islamic fighters from North Africa and Libya, Egyptian security officials told WorldNetDaily. The jihadists were sent to Syria via Turkey to attack Assad’s forces.

The officials said Stevens also worked with the Saudis to send names of potential jihadi recruits to U.S. security organizations for review. Names found to be directly involved in previous attacks against the U.S., including in Iraq and Afghanistan, were ultimately not recruited by the Saudis to fight in Syria, said the officials.

White House officials have denied aiding arms shipments to the rebels. However, The New York Times last month reported that since early 2012, the CIA has been aiding Arab governments and Turkey in shopping for, and transporting weapons, to the Syrian rebels. 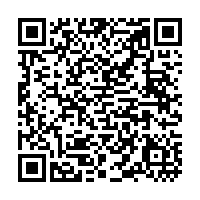