The recent Israeli air strikes on Syria – which have neither been confirmed nor denied by Israeli officials – targeted weapons depots allegedly storing Iranian-made weapons intended for the Lebanese terrorist organization Hizbullah.

While the transfer of high-grade weapons may pose a direct threat to Israel’s security, there are greater questions about a tectonic shift in the balance of power in the Middle East.

“Iran has been exerting increasing influence across the region, in countries including Lebanon, Syria, Iraq, and even in the Gulf States, such as Kuwait and Bahrain,” said Israel Defense Forces Brig. Gen. (ret.) Dr. Shimon Shapira.

Shapira, a senior fellow at the Jerusalem Center of Public Affairs (JCPA), recently published a report detailing Iranian intentions to partner with Hizbullah in order to effectively grab control of Syria. The report cites coordination at the highest levels between the Islamic Republic of Iran and Hizbullah.

“Syria is the bridge between Iran and Lebanon,” Shapira said.

According to the JCPA report, “Hizbullah leader Hassan Nasrallah paid a secret visit to Tehran where he met with top Iranian officials headed by Supreme Leader Ali Khamenei and Gen. Qasem Suleimani, the commander of the Quds Force of the Revolutionary Guard Corps.”

The leaders discussed an operational plan that includes the “establishment of a 150,000-man force for Syria.”

The tactical coordination is the latest manifestation of a long-established Iranian pattern of expansionist foreign policy – a principle outlined in the Iranian constitution. Since the Islamic Revolution of 1979, Iran has been tangibly extending its influence across the region by force, particularly during periods of civil turmoil.

“Iran created Hizbullah in the summer of 1982,” Shapira noted. “This was a strategic decision to export the revolution to the Arab world.”

According to Shapira, Iran was able to establish influence in Lebanon partly because both are Shiite-majority states with similar religious views. Perhaps more important, Iran was taking advantage of long-term instability plaguing Lebanon during a 15-year civil war.

Today, Iran is attempting to take advantage of a similar crisis in Syria.

“We can now say there are over 1,000 Hizbullah fighters operating in Syria,” Shapira said. And Iran is recruiting Shiite fighters in Iraq to go to Syria.

Tens of thousands of Syrians have been killed since the start of the country’s civil war in 2011. As the Alawite regime of Bashar al-Assad strains to retain power, radical Sunni opposition groups, including elements of al Qaeda, are seeking to take control.

“The Iranians are afraid that if the Sunni radicals will achieve a victory, this will affect the Sunni balance of power in Iraq and the Gulf,” Shapira said.

Iran is attempting to take control of Syria to further entrench itself as the primary power broker of an empowered Shiite Crescent that includes Lebanon, Syria, Iraq, Iran, Bahrain, and even parts of eastern Saudi Arabia.

To do this, Iran needs the help of its most trusted proxy, Hizbullah, which has committed a laundry list of global terror attacks but at the same time works to assert greater civil and even political control, as seen in Lebanon.

“Hizbullah has two wings with one head,” Shapira said. “One wing, the civilian wing, takes care of the population. This includes clinics, pharmacies, schools, and youth movement organizations. This wing functions to support the second wing: the military wing.”

According to Shapira, the military wing has two divisions. The first is a militia, widely considered to be an organic arm of the Iranian army. The militia’s primary aim has been to fight Israel, though now much of its attention is focused on Syria. The other arm is the terrorist organization, which has committed some of the world’s deadliest terror attacks and hijackings, most notably the killing of 299 American and French servicemen in nearly simultaneous truck bombings in Beirut in 1982.

Hizbullah was also involved in deadly attacks against Jewish and Israeli targets in Buenos Aires in the 1990s and, most recently, a suicide bombing in 2012 targeting Israeli passengers at the Burgas Airport in Bulgaria. 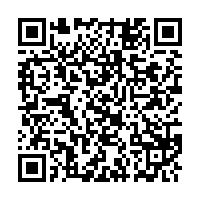