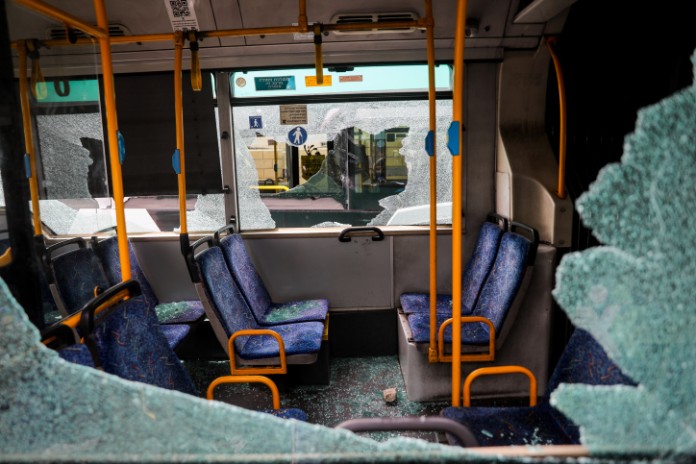 Arab rioters on Sunday morning threw stones and shatters the windshield and windows of numerous Egged buses that was on their way to the Old City, near the Lions’ Gate in Jerusalem. Seven bus passengers were slightly injured and received medical treatment. Police arrested two suspects in the stone-throwing.

The Bus Drivers union issued a statement saying, “The buses are a symbol of government, so the Ne’er-do-wells attack them seeking to disrupt law and order. The blood of passengers and drivers must not be permitted.”

The attack on the bus took place the morning after Defense Minister Benny Gantz decided not to impose a lockdown on the Arabs in Judea and Samaria during the Passover intermediary days (Despite Ramadan Terror, Gantz Ends Holiday Closure at Crossings with Palestinian Authority). Gantz made the decision after assessing the situation with the heads of the defense establishment. Following this, the closure ended at midnight.

Im Tirtzu urged Gantz to re-assess, stating: “The policy of containment and preserving the terrorists’ freedom of rioting on the Temple Mount is not working. The surrender of the Israeli authorities to terrorism inevitably leads to an increase in further terrorist incidents. Jews traveling by bus in the capital on their way to the Temple Mount and the Western Wall should not be pelted by stones. Any person who throws stones at a bus should be treated as a killer terrorist and punished accordingly. We demand of the Israeli government to open the Temple Mount to Jews and tourists without restriction and when there are riots to close it off to Muslims. Security must be restored to Jerusalem.”

Ayala Ben Gvir of the Temple Mount Administration, the wife of the Otzma Yehudit chairman, said on Sunday morning: “The terrorists and rioters will not deter us from ascending in holiness and purity to the most important place for the people of Israel. The problem is the political echelon that prevents the Jerusalem police from acting as they know and instead of giving a free hand to the police, they restrict them. It won’t help them. The nation of Israel Lives and whoever rules the Temple Mount will rule the whole land of Israel.” 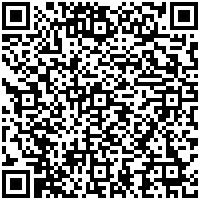