Interior Minister Aryeh Deri (Shas) on Sunday contacted Attorney General Avichai Mandelblit with a request to revoke the Israeli citizenship of Azmi Bishara, suspected of collaborating with terrorist organizations and assisting an enemy state while serving as a Member of Knesset.

Following visits to Lebanon and Syria in the wake of the 2006 Lebanon War, Bishara became the subject of an Israeli criminal investigation, for money laundering, contact with a foreign agent, delivery of information to the enemy and aiding and abetting the enemy in time of war.


Bishara was subsequently stripped of his parliamentary immunity, but never faced charges, since he fled Israel and has never returned. He has since established residence in Qatar, where he is active in the pan-Arab sphere. He also serves as senior adviser to the Emir of Qatar, Sheikh Tamim bin Hamad.

“On January 6, 2016, the professional staff in my office asked the Deputy Attorney General to clarify the possibility of revoking the citizenship of the person in question,” Deri wrote the AG. “In response, we were informed that the request would be considered after a position on it is taken by the security authorities, and after the amendment of the Citizenship Law is completed with regard to the protocol of revoking the citizenship of a person in absentia.”

Last March the Knesset passed the amendment to the Citizenship Law, which permits government to revoke a citizenship in absentia.

“The security sources have conveyed their current position, which views favorably advancing the move (of revoking Bishara’s citizenship), which they see as a great deterrent,” Deri added, arguing that “in light of the above, I request your response regarding the possibility of acting to advance the process of revoking the citizenship of the person in question.” 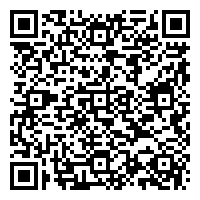