Saturday night’s attack on Mount Zion was a signal for celebrations in eastern Jerusalem and on PA Arab social networks. In the Shuafat neighborhoods in eastern Jerusalem, fireworks were set off as a sign of support for the terrorist and identification with him. Last Friday night, Arab rioters shot fireworks at homes in the Beit Orot neighborhood.


Hamas spokesman Fawzi Barhoum said, “The brave act of heroism in Jerusalem is a natural response to the arrogance of the occupation soldiers and the extremist settlers who commit daily crimes against our people, our country, and the holy places of Islam and Christianity, as well as the ongoing intrusions in Al-Aqsa. Resistance is the only way.”

Security forces executed several arrests in raids In Kfar HaShiloach (Silwan), and neighborhood residents who have security cameras were urged to delete their recordings, so the security forces won’t get their hands on them.

Jerusalem Deputy Mayor Aryeh King, who lives in the Ma’ale Zeitim neighborhood, on Sunday morning called on the police to collect all the illegal weapons in eastern Jerusalem. He tweeted that “the fact that the terrorists fired an automatic weapon near the Old City, does not surprise any resident who lives around the Old City.” According to King, “Almost every week, sometimes several times a week, we hear gunshots from automatic weapons. The time has come for the police to go house to house, street to street, neighborhood to neighborhood, with sniffer dogs, and clean up all the weapons in eastern Jerusalem.”

On Arab social networks, users expressed joy over the attack in Jerusalem, and some of the commenters claimed that this was an act of revenge for the death of Fatah activist Ibrahim Nablisi from Shechem last week. 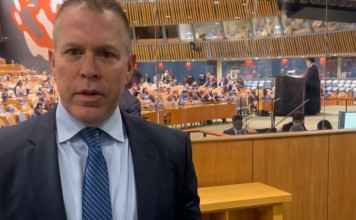