Israel’s leadership as well as the average citizen had mixed reactions to the visit to the Jewish State this week by Hungary’s Prime Minister Viktor Orban and Foreign Minister Szijjarto.

Prime Minister Benjamin Netanyahu welcomed the Hungarian prime minister, his wife and the rest of his delegation to Israel, commenting that Budapest was the birthplace of Theodor Herzl, the first founding father of the modern state of Israel.

“We spoke also of the tragedies that afflicted the people, the Jewish people on the soil of Hungary and I heard you speak, as a true friend of Israel, about the need to combat antisemitism,” Netanyahu said of his own visit to Hungary.

In March, Orban himself inaugurated the renovated synagogue in Subotica. “You said it was, ‘a moral duty that Jews live without fear and practice religion freely,'” Netanyahu said. “You allocated 10 million forints for the renovation of synagogues.

“I want to thank you for defending Israel,” he added. “You have stood up for Israel time and time again in international forums. It is deeply appreciated and it is an important goal of Israeli foreign policy to change not only our bilateral relations with so many countries and indeed our relations are flourishing as never before, but also to change the way Israel is treated in international forums and on this Hungary has led the charge many, many times and I thank you for it.

“I want to thank you also for hosting the Visegrád Group during my visit in Hungary and affording me the opportunity to meet with your colleagues. We believe this is an important relationship, an important association, which we intend to strengthen and develop.”

During his own meeting with Hungary’s prime minister, President Reuven Rivlin was equally diplomatic, hailing him as a great leader, and congratulating him on his re-election to a third term. But he also told Orban that “neo-fascism is a threat to the entire world,” and that it feeds hate.

Unperturbed, Orban responded that Hungary is host to one of the largest Jewish communities in Europe, noting that “Jews receive protection by the government. There is zero tolerance for anti-Semitism.”

The Hungarian leader also visited the Yad Vashem Holocaust memorial center, and planted a tree in the Grove of Nations in the Jerusalem Forest. He dined with his wife in the evening together with Prime Minister Benjamin Netanyahu and his wife Sara at their official residence in Jerusalem, while his delegation spent the evening with Energy Minister Yuval Steinitz.

Orban is scheduled to visit the Western Wall in the Old City of Jerusalem on Friday morning before leaving Israel to return to Hungary. He has no plans to visit the Palestinian Authority, nor is he scheduled to meet with any officials from the Ramallah government. 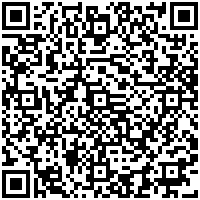