The Israeli government announced that prayer will once again be allowed to take place at the Western Wall Plaza, but only by those who reside in Jerusalem’s Old City — in accordance with the emergency regulations approved earlier in the day.

“Please note that prayer at the Western Wall is still only allowed for those people who live within 500 meters of the Western Wall Plaza, meaning only residents of the Old City of Jerusalem,” the Western Wall Heritage Foundation said in a communique Sunday night. “Roadblocks have been set up at the entrances to the Old City and the police are not allowing anyone who is not a resident to enter.


“Prayer will be allowed in open areas by up to 19 people, at a distance of up to 500 meters from one’s place of residence while maintaining a distance of at least two meters between people.”

The Western Wall Plaza will be divided into a number of prayer areas with the required spaces, the Foundation added. In coordination with the police, entrance to the Western Wall will only be through the security checkpoint from the direction of Dung Gate and from the entrance coming from David Street.

A Western Wall Heritage Foundation usher will stand at every entrance and keep accurate track of all those entering. Worshipers will be allowed to enter for a defined period of time. Likewise, their temperature will be measured and ushers will check to make sure they have a mask in accordance with regulations. A worshiper who has a fever or does not have a mask will not be allowed to enter.

“We request the public to follow the directives of the police and the ushers,” the Foundation said.

For those who need to recite the Mourner’s Kaddish Prayer, for a family member but cannot do so due to the situation, names of the deceased can be sent via the Western Wall website by clicking here, or by sending a Whatsapp message to: 972-52-861-8365.

Prayers are broadcast three times a day on the Western Wall website and on YouTube, as well as on Facebook, and via a dedicated phone line as well: 972-2-301-1133. 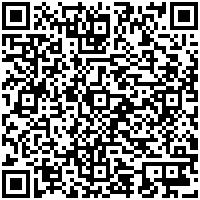