A total of 31 construction plans for projects in various phases in Judea and Samaria were approved on Wednesday by the Civil Administration under the Lapid-Bennett government, according to Ynet.

The subcommittee on settlements in the Civil Administration approved limited construction plans in the Jewish communities of Elkana, Mishor Adumim, Karnei Shomron, Kfar Adumim and Yitzhar.


Among the projects approved were a school for children with special needs in Elkana, a shopping mall in Mishor Adumim and yeshivas and synagogues in Karnei Shomron and Kfar Adumim. Construction of 31 housing units in Yitzhar was also approved.

The subcommittee on settlements approved the projects; the Civil Administration’s Higher Planning Council which usually approves large-scale construction projects has not met since January and no meetings are planned for the foreseeable future.

The Yesha Council said in a statement quoted by Israel’s Channel 20 News, “What was approved today were not building plans.

“It is the Higher Planning Council that approves construction of housing units throughout the area. We have been waiting six months for approval of housing construction; we have waited long enough.” 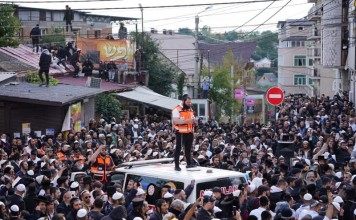