Police provided security for an estimated 1,000 Jewish worshipers – a record number for Rosh Hashanah – who ascended to the Temple Mount in Jerusalem’s Old City.


Muslims attacked policemen on the Temple Mount with fireworks and also barricaded themselves inside the mosque.

In addition, the police acted against disturbances and violent riots in eastern Jerusalem, which included people throwing Molotov cocktails, and stones, and shooting fireworks at the police, as well as setting trash cans on fire.

There were no casualties reported to Israeli security forces. During the holiday, police officers arrested 16 people on suspicion of disturbances, violent riots and incitement.

Police Commissioner Shabtai toured the Old City Tuesday where he met with the police and received an overview of deployments from the district commander, Superintendent Doron Turgeman.

“We are at the peak of increased activity throughout the country, including Jerusalem and the Old City, to allow the citizens of Israel to celebrate safely,” said the commissioner. “The high alert will continue throughout the entire Tishrei holidays.” 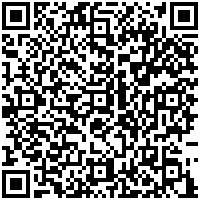