A group of Israeli Arab students were documented Tuesday night coming out of a Tel Aviv University lecture hall after having interrupted the lecturer inside with shouts of “Scoundrel,” and “Normalization is treason.” Their victim was Egyptian American Sociologist and one of Egypt’s leading human rights and democracy activists, Saad Eddin Ibrahim, who delivered a talk on Israeli-Egyptian relations and ways to preserve them.


On June 30, 2000, Ibrahim was arrested and imprisoned by Egyptian authorities, and charged with crimes related to a $250,000 grant he had received from the European Commission to make a documentary about voting rights in Egypt. On May 21, 2001, less than two hours after his lawyer had completed his summation, Egypt’s High Security Court found Ibrahim guilty. He was sentenced to seven years’ imprisonment with hard labor, despite the fact that he was 62 and in poor health. He was eventually acquitted, under heavy pressure from the Bush administration.

One of the students who crashed the civil rights warrior’s lecture told Ynet: “We did not hear his lecture. We just got in at the beginning and as soon as he started talking we passed him the right message. An Arab man like him, who is taking part in lectures at Tel Aviv University on the subject he spoke about, is considered a force for normalization and as such he scorns the Palestinian people. How do you legitimize injustice, discrimination, occupation and the denial of our identity?”

Another student told Ynet: “This stinking researcher came to talk about normalization with Israel. He thinks he’s talking to small children. We were not ready to hear him because he was describing things in a false way. It was obvious he received instructions on what to say. And if I had a chance I would spit in his face.”

TAU issued a statement saying they view the incident with the utmost seriousness and will investigate. 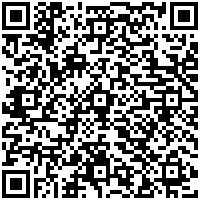