In yet another example of academia succumbing to a flawed battering ram of freedom of speech, the Hillel of Greater Philadelphia was outsmarted by J Street U which guilted them into providing a home for an event the sole purpose of which is to indict and delegitimize the defense forces of the Jewish State.

On Thursday evening, March 28, Steinhardt Hall –  the Hillel building at the University of Pennsylvania – provided the platform for the pro-Palestinian J Street U to defile the integrity of the Israel Defense Forces through a well-funded delegitimization organization known as Breaking the Silence.


The “silence” that the group supposedly “breaks” is the unspoken criticism of Israel and Israel’s military.  Yes, that’s right – without Breaking the Silence, one would never hear a negative word about the IDF, because the New York Times, the United Nations Human Rights Council, the EU, the Guardian, the Iranian regime, the Arab League, the Huffington Post, CNN, El Mundo, El Diario or just about any other entity with a microphone or a media outlet never criticizes the IDF.

Well, that’s what the young whippersnappers at J Street U were able to convince the grownups on the board of the Hillel of Greater Philadelphia.

Breaking the Silence, which was created in 2004, exists to shout from the rooftops that the IDF is not a “defense” force but is instead an immoral military force that is dedicated to “annexation of territory, terrorizing and tightening the control over the civilian [Arab] population.”

NGO Monitor is a non-profit organization that provides information on, analysis of and promotes accountability for the reports and activities of NGOs (non-governmental organizations) which claim to advance human rights and humanitarian agendas, but which instead so frequently primarily promote the vilification of Israel.

According to NGO Monitor, the 2010 publication created by Breaking the Silence, “Occupation of the Territories – Israeli Soldier testimonies 2000-2010,” suffers from several fatal flaws: all testimony is anonymous, and almost none provide a date, location or context for the incidents being described.  In addition, of the 183 incidents mentioned in the report, only 16 were reported to superiors at the time, which makes it especially difficult to rely on the credibility or motivation for the late, non-reported, anonymous “episodic” revelations.

The effort of Breaking the Silence to smear the IDF as an immoral military force falls apart most decisively when a careful reading of the many violations it claims to catalogue reveal that all – to the extent they are real – are themselves violations of IDF policy, so while problematic, they are evidence solely of errors and missteps engaged in by individuals.

Even the indefatigably leftist Haaretz expressed disdain for the repeated claim by Breaking the Silence that it is a human rights organization:

“Breaking the Silence…has a clear political agenda, and can no longer be classed as a ‘human rights organization.’ Any organization whose website includes the claim by members to expose the ‘corruption which permeates the military system’ is not a neutral observer.

The organization has a clear agenda: to expose the consequences of IDF troops serving in the West Bank and Gaza. This seems more of interest to its members than seeking justice for specific injustices.”

And yet, the board of the Hillel of Greater Philadelphia was conned into believing that Breaking the Silence, whose sponsors include not only J Street U, but also the New Israel Fund, the European Union, the UK, Spain, the Netherlands, NDC (funds from Sweden, Switzerland, Netherlands, Denmark), and George Soros’ Open Society Institute was needed to amplify the tintinnabulation of hatred already ringing across U.S. campuses from such groups as the BDS movement and the annual Israel Apartheid Week hate fiestas which vilify every move taken by Israel and the IDF to protect Israeli citizens – Jewish, Muslim, Christian and others – from Arab Palestinian terrorism.

Although the HGP several years ago crafted and approved a policy that explicitly stated it would not lend its space for events or organizations the primary goal of which was to delegitimize Israel, J Street U succeeded in persuading the board that their point of view – that is, explicitly and simply, that the IDF is a terrorist, expansionist militaristic entity – does not get enough play at the University of Pennsylvania. While the HGP board initially refused to allow the event in the building, the board members’ hesitation was eventually drowned out. 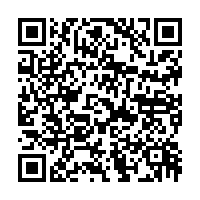