The Negev Police on Monday morning released an announcement of the arrest of 41 illegal Arabs in a factory on the grounds of the Segev Shalom local council, adding that both managers of the factory were detained for an interrogation.

The name Segev Shalom is the Hebrew version of Shaqib al-Salam, which refers to a Bedouin town founded in 1979 as part of a government project to settle Negev Bedouins in permanent communities, and declared a local council in 1996. It is one of seven Bedouin townships in the Negev desert with approved plans and developed infrastructure.


In 2011, the Israeli government, concerned about the unusually high rate of unemployment in the Bedouin population, established a chicken slaughterhouse designed to provide hundreds of jobs for the local residents. Mind you, the local council and the town are inside green line Israel, the Bedouins are part of the Israeli Arab population, and the government, according to a Monday afternoon report on Israel Radio, was extremely generous in offering the new slaughterhouse millions in subsidies and tax breaks.

The factory, part of the local conglomerate Off-Oz slaughterhouses, employs about 1,000 people, 10% of whom are Haredi Jews. The rest were supposed to be local residents, for whom management has set up a nice prayer room, next door to the synagogue. The kashrut standard of the product, branded Oz V’Hadar, is excellent, as was attested to by the head of the Paris Rabbinical Court, Rabbi Yirmiyahu Cohen. The factory processes 100,000 chickens a day, in a plant that sprawls over 20,000 sq. yards.

One of the managers who were detained by police on Monday is the brother of the council head, Omar Abu Muamar, which is how ethnic local politics usually works everywhere — it’s all about patronage.

Here’s the rub: according to emerging reports, most of the workers employed by the well subsidized chicken slaughterhouse are not Bedouin. They hail from the PA. They make half of what the factory would have paid a local Bedouin employee — about $25 a day compared with a little over $50 a day. According to the Israel Radio report, the 41 illegals who were picked up were only a small sample of the vast community of illegal Arabs who reside near the plant’s grounds. According to the police announcement, too, a significant number of employees come in every day from the PA or stay overnight in the area.

At a time when the vast majority of terror attacks inside green line Israel are committed by illegal Arabs, the police have just busted a hornet’s nest with unpredictable ramifications. Add to it the fact that Passover is around the corner and you’ll begin to comprehend the kind of economic and security landmine the cops have just triggered.

Interestingly, other than the radio report, Israeli media have yet to pick up and run with the story. 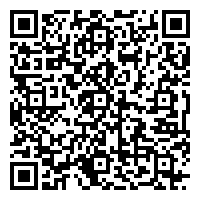