An aqueduct which transported water into agricultural land was excavated at the “Biblical Tamar” site near Ein Hatzeva, a cooperative village in the central Arava valley. According to legend Tamar, which is mentioned as part of the southern border of the Promised Land, was built by King Solomon.

The ancient aqueduct is more than 1,000 years old, and it is possible that it was built as far back as the Roman period (63 BCE to 324 CE). It was discovered during archaeological excavations conducted by the Israel Antiquities Authority at the Biblical Tamar site in the Arava in recent weeks. The aqueduct was initially uncovered during works by the Arava Drainage Authority to regulate the flow of the Hatzeva spring.


The aqueduct is located in one of the largest archaeological sites in the south, which spans across ten acres. According to legend, “Biblical Tamar” was built in the wilderness by King Solomon, near today’s Ein Hatzeva. It is mentioned in biblical descriptions of the southern border of the Promised Land.

Hatzeva, or Biblical Tamar, developed around an abundant spring called Hatzeva Spring (Ein Husob). The spring is located at the intersection of roads going west toward Ma’aleh Akrabim and the Negev Mountain, east to the copper mines of Edom, north towards the Dead Sea and south to Yotvata and the Red Sea. During the First Temple a major citadel was built here alongside a settlement, and later another fort accompanied by an Edomite temple next to it, whose ritual vessels were discovered on the site.

In the first century a Nabatean way station was built in Hatzeva, and following the Roman conquest of the region, a large community was developed that combined a castle, a bathhouse and a military camp. During that time the place was known as “Tamara” and is mentioned in the Madaba Map from the Byzantine era.

Excavations and archaeological works have been carried out at the Biblical Tamar site Since 1987, but it seems that even after almost 30 years, researchers are still discovering meaningful, new archaeological finds in the area.

Archaeologist Yoram Haimi, director of the IAA Southern Negev district, who directed the excavation, said in a statement, “The impressive Aqueduct we excavated transported water to the region’s agricultural lands. It’s fascinating to realize that years ago there already were big water projects in the desert, which made settling here possible.” The discovery reinforces the theory that agriculture in the Arava goes back thousands of years. 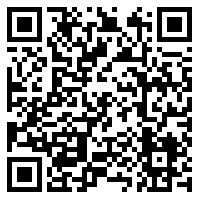