The contrast is unmistakable.

Gaza schoolchildren were filled with joy Wednesday as they returned to the well-funded and fully-stocked classrooms of the United Nations Relief and Works Agency (UNRWA), supported by European Union nations and their allies.

“The first day of the new school year was full of excitement and laughing, I got to see my friends! I feel proud to be a student in this school. I wish my friends a happy new scholastic year!” said Maryam from the UNRWA Nuseirat Elementary School in #Gaza. #EducationIsOurOxygen pic.twitter.com/XymhRG4h4A

It is nice to see Gaza’s children happy for once, and properly provided for. Hopefully they will be in an environment where they might learn something other than how to load and fire a gun at Israeli soldiers, or how to hold and use a knife to stab a Jew – things they learn under the gentle supervision of the ruling Hamas terrorist organization and its allied Palestinian Islamic Jihad terror group, in their annual summer camps for children ages three and up.

However: do you know what is not nice to see?

What is not nice is the contrast between today’s Gaza children happily skipping off to school, and the sight Wednesday afternoon of Israel’s school children racing off to their bomb shelters.

The sight of their parents a few minutes later driving up to their schools to take them home quickly before the next Red Alert siren activates with its warning of another rocket attack from Gaza wasn’t any better.

That doesn’t cut it, and it’s a situation that probably isn’t going to continue for very much longer. And when the straw on the camel’s back breaks — which it will — all of our children will ultimately be the biggest losers of all. 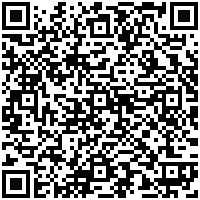