Israel’s Tourism Ministry is busy preparing to welcome tens of thousands of visitors expected to arrive in Israel for Christmas. From 3 PM Christmas Eve (December 24) through 3 PM Christmas Day, the Tourism Ministry will offer free shuttle transportation for pilgrims traveling between Jerusalem and Bethlehem. The shuttle buses will leave on the hour and half hour from the bus stop near the Carta Parking lot opposite Jaffa Gate near Mamilla Boulevard. The shuttles will also stop near the entrance to the Mar Elias Monastery, and at the Rosmarin junction, before continuing via Rachel’s Crossing to Bethlehem – and then back again. There may be changes to the schedule depending on demand.

Archbishop Aristarcos from the Greek Orthodox Patriarchate in Jerusalem spoke of Jerusalem as the “universal symbol of peace and the most important destination of pilgrims in the world.” He noted that there are an “extraordinary number of pilgrims visiting the city, a number which grows with each passing year.”

Clergyman Koryoun Baghdasaryan from the Armenian Orthodox Patriarchate and Dr. Juergen Buhler, Director of the International Christian Embassy to Jerusalem both spoke about the importance of making a pilgrimage to Jerusalem and the holy sites around the country, which offer a unique and meaningful experience for the faithful. 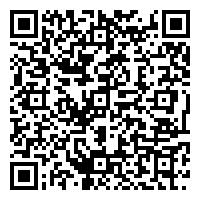