American Jewish and pro-Israel groups reacted to the news on Thursday that Elliott Abrams has replaced Brian Hook as U.S. Special Representative for Iran.

U.S. Secretary of State Mike Pompeo made the announcement that Hook was resigning after being the main point person for the Trump administration’s “maximum pressure” campaign against the Iranian regime.


Abrams has been serving as the U.S. State Department’s special representative for Venezuela, a post he will continue to retain.

President of the American Jewish Congress Jack Rosen told JNS that Abrams “will have little time to settle in,” citing the upcoming deadline to extend the U.N. arms embargo on Iran. He expressed faith that the new appointee, like his predecessor, will “work determinedly towards countering Iran’s malignant activities in the Middle East.”

The United States will present a resolution at the U.N. Security Council next week to extend the U.N. arms embargo on Iran, announced Pompeo on Wednesday.

The 2010 arms embargo is set to be lifted on Oct. 18, in accordance with the 2015 Iran nuclear deal. The Trump administration withdrew from that agreement in May 2018, reimposing sanctions lifted under it, along with enacted new financial penalties against the regime.

B’nai B’rith CEO Daniel Mariaschin told JNS that his organization welcomes the appointment of Abrams, whose “deep experience and longtime knowledge of the region and its players, and his long record of calling out those who engage in malign behavior and incessant support for terrorism, especially Iran, make him eminently qualified for this post.”

She also told JNS that “Brian Hook did an exemplary job, while acting as the administration’s chief envoy on Iran—first in trying to strengthen the flawed [2015] Iranian nuclear deal, and then in an attempt to isolate Iran from the community of nations as a result of the highly stringent U.S.-led sanctions. He has exerted maximal effort in trying to convince the international community about the degree to which Iran had been in violation of the agreement.”

Zionist Organization of America president Mort Klein told JNS that Abrams “is a very knowledgeable, highly intelligent, and a committed Zionist and American patriot whom I’m pleased was chosen.”

“We appreciate Brian Hook’s service and his determined efforts to combat the Iranian regime’s destabilizing actions,” AIPAC spokesperson Marshall Wittmann told JNS. “Elliot Abrams brings impressive experience to the effort to ensure that Iran does not obtain a nuclear weapon and prevent its regional aggression.”

The Conference of Presidents of Major American Jewish Organizations said in a statement that it welcomed Abrams, “a formidable diplomat,” taking on the new role and maintaining his duties concerning Venezuela. Abrams, the Conference said, is a “strong advocate for the U.S.-Israel relationship and will capably advocate American policy at a critical time. We look forward to working with him as he builds upon Special Representative Hook’s success.” 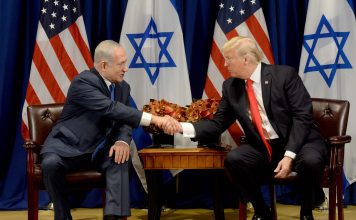 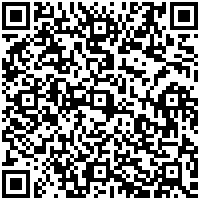