Former First Lady Barbara Bush has passed away at the age of 92, a family spokesperson from her husband’s office said Tuesday night.

Mrs. Bush was reported in “failing health” this past weekend and reportedly had decided not to seek further medical treatment, but rather to focus on “comfort care” at home in Houston after discussing the matter with her doctors and family.


Barbara Pierce Bush, born on June 8, 1925 in Rye, New York, was the daughter of the publisher of McCall’s and Redbook magazines. She married George H.W. Bush at age 19, when the young naval aviator was in active service.

The couple moved to Texas after World War II, and Bush went into the oil business. Mrs. Bush authored C. Fred’s Story, Millie’s Book and her memoirs – the proceeds of which were used to benefit adult and family literacy programs. Her signature three-strand faux pearl necklace launched a national fashion trend after she wore the necklace to her husband’s inauguration in 1989.

The former First Lady suffered for years with Graves’ disease – a thyroid condition – and more recently with COPD (chronic obstructive pulmonary disease) and congestive heart failure. She was in “great spirits” this weekend, her granddaughter told media, and the family has been grateful for “everybody’s prayers and thoughts.”

Mrs. Bush is the only woman in American history to have been the wife of a sitting president, former President George H.W. Bush, and to have had the privilege of also watching her son, former President George W. Bush, take office in the White House as well. Abigail Adams, wife of John Adams (the second American president) was the mother of John Quincy Adams, sixth U.S. president, but did not survive to watch her son serve in office.

May she rest in peace. 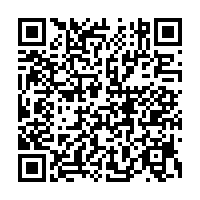