Nine outstanding young Olim (immigrants to Israel) from English-speaking countries have been recognized for making exceptional contributions to strengthening the State of Israel. The new Nefesh B’Nefesh Maor Youth Prize was established this year to honor our young Olim who have made an impact in the Jewish state and who serve as a guiding light in their local communities.

The prize winners, ranging from ages 12-18, have made Aliyah with their families from around the world and have settled in communities throughout Israel. Dozens of young Olim from English-speaking countries – including Australia, Canada, New Zealand, South Africa, the U.K., and the U.S. – were nominated for the prize, and the recipients were chosen by a panel of committee members.

“It is truly inspiring to see these young Olim who rose above the challenges of adjusting to their new communities, schools, and social circles after making Aliyah, and chose to focus outwards – helping the greater Israeli community and Jewish nation through their initiatives and wonderful ideas,” said Rabbi Yehoshua Fass, Co-Founder and Executive Director of Nefesh B’Nefesh. “Chanukah is the perfect opportunity to recognize and honor these young, modern-day Maccabees, who are shining examples for the next generation of Jewish leaders. They have chosen to celebrate their Aliyah by giving back to the Jewish people, each in their individual way.”

The following are the details of the 2022 Maor Youth Prize recipients:

Max Englehart (14), originating from the United States and settling in Modi’in, supports and raises money for the Beit Almog Shiloni lone soldiers’ residences. He works hard to supply the apartments with kitchen and bedroom supplies before the soldiers arrive, as well as assist them with dinner and shopping throughout their service.

Ella Rath (16) left Australia and made Aliyah to Mitzpe Netofa, and she has since become an active member of her community. She mentors and runs activities for children with disabilities, bakes for soldiers at the local army base, cleans houses for people in need and works closely with at-risk children.

Aron Lewis (17) made Aliyah from the UK and now resides in Ramat Beit Shemesh. Aron has demonstrated true leadership, having volunteered with his local synagogue, leading initiatives to help families in need, and working closely with at-risk youth.

Tali Pineles (17), originating from New Jersey and settling in Rehovot, is a trailblazer in her community. Her service began by donating her hair, singing to hospital patients, mentoring children with disabilities, working with Holocaust survivors, and volunteering on farms throughout the country. Later, as a counselor in her youth movement, Tali decided to open a branch of the movement in an underprivileged neighborhood, and she continues to volunteer and serve her community in countless ways.

Gadi Schreiber (16) made Aliyah from Florida and has since made Modi’in his home. At a young age, he took on a project to raise a significant amount of money for a new exercise park that was being built at the Akadem Center for Autism in Reut. The project was nationally recognized in the media. He has since become a regular volunteer at Akedem, and he is a strong advocate for the autism community in Israel.

Yehuda Youngerwood (15) made Aliyah to Jerusalem and quickly became a light in his community. His talents and passion for Lego building led him to create a Lego extracurricular activity for young children, teaching them about building, fine motor skills, and creativity. He works hard to create a welcoming and safe environment for children to challenge themselves and grow.

Aviva Stoll (15) and Devorah Piekarz (15) both reside in Ramat Beit Shemesh, having made Aliyah from the United States. The young women have been volunteering at the Lama’an Achai food rescue program, collecting excess food, repackaging, and delivering the food to local families in need. They also spend much time working on special fundraisers throughout the year.

Yitzchak Brander (17) made Aliyah from the United States to Jerusalem and became heavily involved in the Ezra Youth Movement. He also volunteers with Schachen Tov, an initiative in which volunteers package food for families and individuals in need. 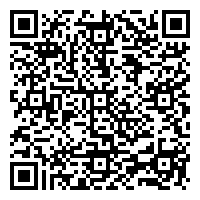