Jerusalem saw its first snowfall of the year on Wednesday, albeit just a dusting, as a winter storm whipped its way through the Jewish State, generously blanketing northern and central Israel with the white stuff.

Following a situation assessment the Jerusalem municipality decided classes would begin at 9 am on Thursday, due to concerns about ice forming on roads and sidewalks.


In the Golan Heights, at least 30 centimeters of snow fell by midday around Mount Hermon; five to seven centimeters fell in the northern part of the region.

Schools in northern Israel were closed due to the inclement weather, and were not scheduled to open Thursday either, due to the extremely cold temperatures.

Hikers in the Golan Heights were warned to pay attention to signs and and not to cross any fences, because the area still contains many landmines from previous wars, which are now no longer visible because they are covered with snow.

“If there is any question that you may have mistakenly entered a landmine zone,” IDF Engineering Lt.Col. Ze’ev Cohen told Ynet, “stand still and call for help, and the IDF will arrive at any location in the area as needed.”

Unusually cold temperatures even reached as far south as Eilat, where temperatures in the single digits (celsius) are rare. (On Wednesday night, the temperature in Eilat was seven degrees celsius.)

A hotel guest visiting Eilat who could not understand why the heat in her room could not be turned on told JewishPress.com that when she called the front desk the receptionist explained, “We don’t have any heat in our rooms; none of the hotels in Eilat have heat. But if you wish, we can send a space heater up to you.”

Needless to say, the guest was glad to be able to warm the room, albeit with a space heater.

Electricity consumption skyrocketed as a result of the super cold weather.

“As expected, since the beginning of the week, there has been an increase in electricity demand,” the Israel Electric Corporation said in a statement.

“During Wednesday, a peak consumption of 14,039 megawatts was recorded, and estimations are that during the upcoming night this record will be broken.” 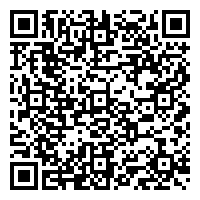