As they buried you in the ground, Helen, you were spared the drama that was unfolding in Israel. The prime minister waived sovereignty in exchange for a peace agreement with the United Arab Emirates.

It’s as if they were waiting for you to go before blatantly breaking the promise of sovereignty in exchange for a “normalization” of relations that was occurring anyway. There is no doubt that had you been alive and in full possession of your strength, you would have fought fiercely.


The Land of Israel was the purpose of your life. Although you lived in the Diaspora, your whole heart was here, with us, in the Land of Israel. You knew about every event, whether small or large, you were current with the smallest details, and responded in real time, always with Zionist and Jewish truth.

Your AFSI tours in Israel were planned splendidly. Every new outpost merited a visit by you, every struggle won your support.

After the Disengagement – which you fought too – we began the struggle to maintain the lands of Gush Etzion from illegal Arab takeover. You came with your entire AFSI group to Netzer between Elazar and Alon Shvut. It was a Friday, the eve of Shabbat Chayei Sarah. On the way to Hevron, you joined us in planting trees and you stood strong together with us in the struggle against the Arabs who claimed – as they always do – that the land was theirs.

The confrontation became physical, but a woman like you is not deterred. Together with your friends, you stood up for our rights to the land in the pouring rain. The mud came up to our knees, everyone was dripping wet, but we also felt deep joy that we had managed to plant in another part of the Land of Israel.

Afterwards, during Kabbalat Shabbat in the Cave of the Patriarchs, you radiated happiness and everyone was radiant along with you – to connect to their roots, to the patriarchs and matriarchs, to touch the inner identity of the Jewish people.

How joyful you were, years later, when the new neighborhood for the people expelled from Nativ Ha’avot was founded exactly on this spot. The expulsion and destruction caused you deep sorrow, but the great sadness was allayed with the happiness that the ground that had been redeemed with your help was already populated by dozens of Jewish families.

Just as with Netzer, you were with us for the redemption of the abandoned military camps in Shdema and Adorayim. When we ascended to Giv’at Eitam, you gave us backing and help. You left your footprints, deeds, and contributions throughout Judea and Samaria – the playground, the water cistern, the stairs and breaking pathways to make the ascent to Oz veGaon preserve more accessible, seating areas, and more.

You always came with gifts and a wide smile. Your wonderful smile radiated great happiness for your ability to help, to promote, to lead the vision of clinging to the Land of Israel.

And regarding the burning issue on the current agenda, sovereignty: We remember in 2011 when the group that came with you, Helen, had already left, but you remained in the land for a few more days. We met in a Jerusalem café and told you about the idea of sovereignty and its importance, about the obligation to promote it – that we could not continue to accept a reality in which the entire political discourse was on what price Israel must pay in parts of the Land of Israel. We had to state – once and for all – who this Land belongs to.

You were the first one we spoke with about the vision and the idea. We asked for your opinion and support, and your eyes lit up. “This is what we must do and promote! I agree!” You said, “The Right needs its own positive plan. Enough with negativity – ‘No to Palestine,’ ‘Don’t give them rifles.’ We must say what our ‘yes’ is: ‘Yes to sovereignty over the Land of Israel!’”

You immediately internalized the essence of the sovereignty discourse. You understood well that when we speak of sovereignty, we take expulsion of Jews from their homes and destruction and uprooting Jewish communities off the agenda.

You were a special woman, Helen. You radiated simplicity. You were not haughty. You were sincere in your love for the Land and its people. That’s why so many chose to follow you enthusiastically in your wonderful missions to the Land of Israel.

Dear Helen, you join the list of greats: the Ramban, the Rambam, Rabbi Yehuda Halevi and other giants who longed for the Land of Israel, sang to her, crowned her, touched her, dreamed of her, and realized part of the dream within her.

The only consolation for us is that Judy, your daughter, continues in the same path and with the same passion for the people and land of Israel. 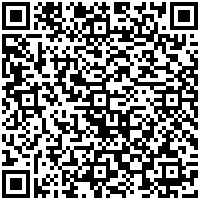