Title: Harry Fischel: Pioneer of Jewish Philanthropy: Forty Years of Struggle for a Principle and the Years Beyond
Author: Goldstein, Fischel, and Reichel
Publisher: KTAV, 511 pages


The Jewish people have been blessed with a plethora of biographies and memoirs about our rabbis, educators, philanthropists and community leaders. Unfortunately, many that were published in previous generations have been lost to history, and the impacts that many noteworthy individuals had on our people have been largely forgotten. One such book that could have fallen into this category is a biography published in 1928 entitled Forty Years of Struggle for a Principle about the life of Harry Fischel. With a grant from the Harry and Jane Fischel Foundation, KTAV Publishing House has published an augmented and updated edition of the original biography entitled Harry Fischel: Pioneer of Jewish Philanthropy: Forty Years of Struggle for a Principle and the Years Beyond.

The original biography was edited by Fischel’s eminent son-in-law, Rabbi Herbert S. Goldstein, of blessed memory, when Fischel was 63. Fischel later added a continuation, more than a decade later, in his own words. Additional information was added and edited this year, primarily by one of Fischel’s great-grandchildren, Rabbi Aaron I. Reichel, Esq.

Harry Fischel was a household name in Jewish communities throughout the world during the first half of the previous century, as perhaps the premier or prototype Orthodox Jewish philanthropist. Fischel was so highly regarded that when he was visiting a town in Lithuania a few miles from where the foremost sage of the time known as the Chofetz Chaim lived, the rabbi, then 86 years of age, sent a bus filled with students to meet him at the train station, personally came out to greet him and escorted him to his home and through his Yeshiva.

Who was this man and what made him so unique that Israel’s first chief rabbi, Abraham I. Kook, as well as Americans and Europeans of all strata of society, considered him America’s top Orthodox philanthropist? Harry Fischel was born in Meretz, Russia. The last words uttered by his parents before he set sail for America at 20 years of age were, “You are going to America, the land of gold. Don’t exchange your religion for gold.”

Fischel said these words always rang in his ears and guided him his whole life. After being rejected for jobs and losing work due to his keeping of the Sabbath, eventually he was able to get started in business for himself. The next few years of his life read like a rags to riches fairy tale.

Once established and a multimillionaire even in pre-inflationary currency, the amount of his fortune that he devoted to Jewish education, and the many other charitable institutions that he supported would make him a philanthropist for the ages.

But what made Fischel different from virtually all the other philanthropists of his era? The answer was the percentage of his time that he devoted to these charitable organizations and institutions. For many of his prime working years he was not active in business dealings but only community work. During these years, his expertise as an architect and his problem-solving thought processes led to a wide range of innovative ideas as he conceived, helped finance, build, and run diverse far-reaching organizations in America and beyond.

Among the organizations in which he played major roles were the Central Relief Committee during World War I, The Joint Distribution Committee (JDC), Hebrew Immigrant Aid Society (HIAS) (co-founder and treasurer for over 50 years), the New York Hebrew Free Loan Society, the Uptown Talmud Torah, Beth Israel Hospital, and Yeshiva College (acting president, at one point). Perhaps his greatest achievement was during the Great Depression, when he single-handedly kept Yeshiva College from dissolution and oblivion.

Harry Fischel showed it is possible to simultaneously be rich without sacrificing empathy for others and piety to G-d. He convinced President William Howard Taft to allow HIAS to set up a kosher kitchen on Ellis Island to allow starving immigrants to regain their health and avoid deportation. He battled the most influential and powerful Jews of New York who ran the two Jewish orphanages at the time, to enable the children to observe the Jewish dietary laws and to give the children a religious education. 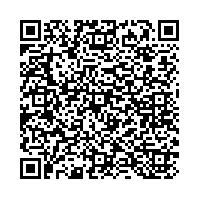