The best way to describe our emotions the morning of our major ultrasound was nervous excitement. We had survived a serious scare with a threatened miscarriage a few weeks prior. My wife was on bed rest at home, but we had no real reason to assume there would be any new problems.

It had been a bumpy ride, but we were hoping for normal results. We were also looking forward to going out for lunch. My wife had been cooped up for a few weeks and we decided to take advantage of our outing to spend some time together.


In retrospect, the whole idea was rather ridiculous. My wife had gestational diabetes and there wasn’t much for her to eat, but given all the emotion surrounding her pregnancy and the frustration built up from weeks of bed rest, any time away from home was precious.

The ultrasound room was dark so that the technician could have a good look. I was sitting to my wife’s right, and I made sure that I had a good look at the ultrasound screen, although I really didn’t have that great of an idea what I was seeing.

It was a long process. Each baby was measured separately, and sizes were taken of different parts of each baby’s body then compared to normal gestational progress. The technician wasn’t allowed to give us any results, but I could see the defaults that appeared on the ultrasound machine, and all of the measurements for both babies fell within the normal range for twins at that stage of development.

Near the conclusion of the ultrasound, the technician got a page. She checked her beeper and told us she would be right back and that we should wait for a few moments. We had no idea that the ultrasound machine was also being observed by our high-risk doctor in another room, so we just assumed the tech was going to have the results read by a radiologist.

As far as we could tell, things looked good, and we passed the time talking about my wife’s favorite salad, which she would soon enjoy on our lunch date. Much to our surprise and shock, the tech came back a few minutes later with our high-risk doctor. She told us that she had been following the ultrasound on a computer in her office. The babies were fine, but it seemed that the technician had inadvertently scanned lower than usual, and she wanted to double check my wife’s cervix.

The doctor took the ultrasound and spent a few moments scanning my wife’s cervix. Within a couple of minutes she announced, “Mrs. Shapiro, you need to go down to labor and delivery. You have what’s called an incompetent cervix, and they need to give you a cerclage immediately.”

The cervix is the part of the body that keeps the womb shut during pregnancy. An incompetent cervix could open too early and make it difficult, if not impossible, to keep the babies inside the womb.

Neither of us had ever heard of a cerclage. The doctor explained that, for all practical purposes, the cerclage would tie her cervix shut. Naively, I asked how long the procedure would take and wondered if our lunch date was now off.

The doctor informed me that the procedure would only take an hour or so, but my wife would be admitted immediately following her procedure and spend the remainder of her pregnancy in the hospital’s antepartum unit.

I didn’t even have to time to ask what an antepartum unit was as they wheeled my wife down to labor and delivery for the cerclage procedure. I could not believe this was happening. There was even more trouble after all of this? After all of the fertility treatments, surviving the threatened miscarriage, we would now need a surgical procedure? I quickly called my in-laws so that they could come and provide some additional support.

I had to wash up and put on the same scrubs as every father in the delivery room. Fortunately, the OB explained that the procedure was basically tying the cervix together with a knot to strengthen it. It should have no effect on the babies at all. He believed that the extra weight of twins had been too much for my wife’s cervix, which measured on the smaller side. 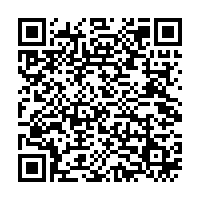