I don’t know what to do; I can’t talk to anyone about this because no one wants to believe me.  But I know the truth. I feel I must unburden myself to you or lose my mind.


For over twenty years I have been working in my neighborhood mikvah.  For the most part, we were instructed not to become too familiar with the clients, as it was not something that they wanted. This I understood, the mikvah is not a social club. For many years I adhered to these rules without any difficulty, nodding greetings to the regulars who came monthly. Recently, however, I began to notice a strange phenomenon. Two of the woman had large black and blue marks on parts of their bodies which are normally covered. One of the women came in one month with a burn mark on her upper thigh and a deep welt across her stomach.

When she realized that I saw them, she stopped her small talk mid-sentence and turned her face away from me.  And then I did the forbidden, I asked her what happened. She mumbled that she had been holding one of her children on her lap and that the child had accidentally spilled hot coffee on her. In her haste to pull her child away from the hot liquid, she said, she slammed into the table.

I found it difficult to accept this explanation, even though it fit perfectly to her wounds, something just didn’t ring true.

The other woman, much older, bore pinch marks on her upper arms, where they were always covered from view and on a number of occasions there were teeth marks and long scratches and scrapes. I tried not to look, and she began to say something about it, but seemed to have had second thoughts and remained silent, speaking only when she had to make the brachos for tvilla.

The next time each one of the women came, they each asked for another attendant. Later, I got up the nerve to ask the attendant who serviced them if she had seen anything amiss.  The moment I asked the question, she turned away from me as if I was contagious, and said in a whisper that we are supposed to mind our own business and keep quiet.

For the most part, I was able to keep silent, but my mind and my conscience were at war with me. I knew these women were victims of abusive marriages and lived in fear of telling anyone. I know that if there are two women who are being brutalized, then there must be more. I decided to speak with the rav in charge of the mikvah.  Big mistake.

The rav listened to my story and when I finished voicing my concerns he said, “If you want to work here, you will stay silent. You saw nothing, you heard nothing and no one told you anything.” I walked out of his office truly stunned.  Am I supposed to keep this quiet?  Don’t I then become a partner to this crime?

After my speaking to the rav, I began getting strange phone calls, just heavy breathing at the other end of the phone. Things began to vanish from my locker at the mikvah and on a few occasions I felt someone following me home at night. I am frightened, but I am more frightened that no one will know what happened to me. That is why I am not identifying myself in any way. Please reply to me in your column.

Many years ago I attended a seminar for rebbitzens, mikvah attendants and woman who do taharas hamais.  During the break, four of the women stopped me, asking if I was the columnist who wrote for The Jewish Press. They haltingly whispered that they had something very frightening to report but were terrified to do so.  In hushed voices they quickly related that they, the mikvah attendants, had witnessed women’s bodies that looked like they had been beaten and brutalized and the woman who did taharas hamais told me she had seen bodies of women with broken bones and teeth missing who were said to have passed from natural causes.  No one would ever be the wiser because no autopsy is allowed and they were buried without the truth ever coming to light.

These poor women looked terrified themselves, so I said I would try to find out.  In the ensuing days, I conferred with three different rabbonim, and each gave me a different answer in regard to the body with broken bones and missing teeth.  One rav said that when the funeral home send the vans to pick up the bodies, they could have been mishandled, thus causing bone breakage and even missing teeth.  Another said the woman must have fallen down a flight of stairs which caused the breakage of bones and missing teeth, which in turn caused her to have a massive heart attack which killed her.  The third rav‘s explanation was so ridiculous it doesn’t even merit print, but I’ll tell you anyway.  He said this poor woman’s injuries were caused by the woman own negligence, talking on her phone while trying to hang her freshly washed curtains. That it caused her to miss a rung on the ladder and ht her head.

Not one of them ever entertained the thought that this poor woman may have met with foul play.  The sad irony is that it was easier for them to blame the poor nifteres for her own death than believe that she may have been done in by her own husband.  No one will ever know how she died or from what, but the Alimghty neither sleeps nor slumbers and He will extract justice for her blood if it was indeed spilled by another’s hand.

Now, to address your concerns that you are being targeted. First and most important, unless you have absolute proof of abuse you may be inviting all sorts of legal action against yourself. And that may be the least of your problems, as the community may well turn against you and make your life miserable.  But you can report to the police that you are getting strange and frightening phone calls and you fear you may be followed home after work.  Let them attempt to track down who is behind these predatory actions.  Also, if you continue working at the mikvah, take precautions when walking home at night.  Get someone to pick you up from work or walk with two other women.  Change your cell phone number to an unlisted one and don’t give it out to more than a few most important people in your life.

I understand, too, your frustration with the rav you entrusted with your speculations.  There’s no explaining why some rabbonim will turn a blind eye to a terrible wrong that has invaded their kehillas.  If rabbonim allow the sins to continue, unchecked, then it will behoove Hakadosh Baruch Hu to stretch out His Hand and mete out a mighty justice to these imposters who deal falsely with the laws of the Torah and prolong the coming of Moshiach. 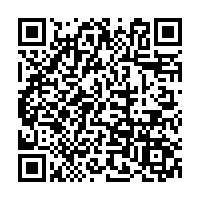