I returned to work almost nine years ago – as our children got older and went to out-of-town yeshivos or got married and we needed the extra income. I worked in a secretarial pool of a city government office where most of the girls and women were not Jewish – only three of us were Orthodox – but we all got along. Just over a year ago, Laura, our office manager, retired and it wasn’t long before we met her replacement.


I am a mature woman, in my late fifties, who is not new to the workforce; I’ve worked most of my life and only left it to raise a family.  I enjoy the stability and security of my job and each day has always been fairly predictable.  This held true until Vic, our new office manager, arrived and changed the entire scheme of things with his manner.  Where Laura was in her late sixties, all business and very professional, Vic is in his early forties, modernly groomed, and extremely friendly.  This change took some getting used to for me as did watching the way he interacted with the other women in the office. He didn’t really bother with the three of us who were Orthodox at first, but when he started to become friendly, one woman, “Dina,” requested a transfer to another department. “Rifka” and I stayed on, taking Vic and his flirtations in stride.

However, I think that somewhere along the way, I started to enjoy Vic’s visits to my desk.  One day I decided to chuck my “bubby” shoes in my tote bag, changing into a pair of low-heeled Shabbos shoes after getting off the train. Vic noticed and mentioned how nice I looked in them.  I didn’t realize how nice a simple compliment like that could make me feel; I could put on a ball gown and silver slippers and my husband wouldn’t notice.  So, unconsciously, I started to pick brighter, younger and more fashion savvy clothing, began combing my sheitel in a more flattering style… and reveling in Vic’s attention to the changes.  I looked forward to going to work each day and almost felt sorry when I had to punch out at the end of the day. I began to feel like I did in my youth and it was a wonderful feeling.

And then, Rifka told me that I had changed, that she didn’t recognize me anymore.  She said I was acting like the young girls hanging around Vic and not the bas Yisroel she used to know and be friends with.  Her words hurt, even though my own daughters had commented on both my physical appearance and personality changes, but in a gentler, less judgmental way.  Still, I look forward to Vic’s chats with me, and I enjoy the compliments and pleasantries he showers me with.  Of late, Rifka has become distant and doesn’t talk to me much, which I miss.

So here is my question. Is it so wrong of me to be excited about going to work and enjoying Vic’s benign attentions that make me feel good about myself?  Or is Rifka right in the picture she paints about how I’ve changed for the worse because of this?  Your thoughts on the matter will be greatly appreciated.

In an abstract way, I can understand what you’re feeling.  Mid-fifties, wearing “bubby” shoes, trudging to work on the train and blending into the woodwork of an office filled with young women wearing minis and make-up – I get that.  What I don’t understand is why you want to compete for that kind of attention!  At your age, you can still be lovely, stylishly-dressed and coiffed and not have to lower your standards to draw compliments from the likes of a person like Vic.  I can understand that, perhaps, your husband doesn’t take daily notice of the changes in you, but trust me, he notices that the woman he married is going through some sort of metamorphosis, he just doesn’t know how to articulate it.  After forty years of marriage he may find it safer to bury his head in a newspaper and avoid an argument in the hopes that it will pass.

To bring this home for you, and possibly burst the fantasy world you’re living in, Vic is the rooster in the henhouse and you are the older hen who falls for his lines and feeds his narcissistic and egotistical mentality.  Vic knows exactly what he’s doing and how to do it, because by doing it, he’s feeding his own ego without caring what it does to you.  He stands to lose nothing, while you have already lost much.

Take a good look at yourself, an honest look.  Where has your dignity gone?  You’ve misplaced your sense of self and sold out your inner beauty and modest behavior just so you can be like the other “tootsies” in the office who flirt with your shallow, self-serving Vic!  You’ve lost your good friend, Rifka, who tried to warn you and you will lose much more if you insist on chasing after this false feeling of youthful euphoria – you stand to lose your family and your way of life.

You asked for my thoughts and I’ve obliged.  You sound like a woman who’s wandered backwards in time to her youth. Get a grip on yourself and wake up. You don’t necessarily have to give up your heels and dust off those “bubby” shoes, but take stock of who you are, where you come from and what you’re turning into.  I’m siding with Rifka on this one, and if you’re wise and have earned the chochma that should have come with your fifty-odd years of life, you will too! 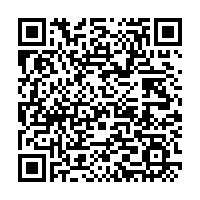