“A Jewish commissar tells a group of Jewish leaders about the founding of Birobdzhan: ‘This is the most important moment in the history of the Jewish people in two thousand years.’”


Chances are the city of Birobidzhan, in the Russian Far East, is not on your “bucket list,” but if you do go there, you’ll be shocked. It’s the only city in the world where the railway station has a sign in Yiddish characters spelling out the town’s name, alongside its Russian-language counterpart.

Not only that, but to this day, street signs, municipal stationary, town posters, stamps, and government documents are prepared in Yiddish and Russian in the city and the surrounding area, which is still called “The Jewish Autonomous Region (JAR).”

Birobidzhan, a stop on the Trans-Siberian railway, boasts two synagogues and a Jewish community center and just last year celebrated its 80th anniversary in this vast, wintry Siberian land where about 2,000 Jews reside.

Yelena Sarashevskaya, editor of the weekly Shtern newspaper, has described Birobidzhan “as a quiet, tranquil and cozy place, good for married couples, elderly people and children… a Jewish place”

Birobidzhan possesses deep significance in Russian Jewish history because, in the early 1930s, Stalin had the bright idea of moving Jews to this swampy, 13,895 sq. mile area near Russia’s vulnerable border with China. Ideologically, it was to be Communist Russia’s answer to Zionism: a new “Soviet Zion.” Jewish farmers would till the soil in a socialist republic, except that much of that soil rested on a frozen wasteland. An “agrarian, socialist-Jewish utopia,” it never became, even though Russian Jews and Jewish pioneers from all over the world, including the U.S., Canada, Argentina and France – good Communists that they were – drained the swamps, cultivated the barren land, established agricultural cooperatives, started a Yiddish newspaper, and opened a theater, schools and various institutions.

The Jewish population never topped 38,000, less than one-fourth of the JAR’s overall population. But in the late 1930s and early 1940s, many Jews fled Birobidzhan to escape the misery of the region as well as to hide from Stalin’s mad purges. Estimates vary, but at least 2,000 Jews were murdered during those terrible times. Despite all that, it has been said that at least the Jews who came in the late 1930s and 1940s survived the Holocaust, though during the Cold War few Westerners visited there.

Eight decades later, Jews still reside in Birobidzhan, population about 76,000; 175,000 in the JAR where Yiddish is still spoken, though increasingly fewer and fewer can carry on decent discourse. Kosher meat arrives by train from Moscow, 5,000 miles away every few weeks; a Sunday school functions, and most definitely a minyan on Friday night and Shabbat, according to Rabbi Eli Riss, who was born in Birobidzhan, and studied in Moscow and Brooklyn.

The last time I traveled to Birobidzhan, it was the summer and the weather was in the mid-70s (Fahrenheit). (During the winter the temperature can go down to -13F.) Heading west from Khabarovsk, on a tree-lined, well-paved road, our car sped along the 120-mile route. Three hours later, we reached our destination: the Jewish Autonomous Region, which is the size of Connecticut and Massachusetts and located on the main trunk of the Trans-Siberian Railway. Surprise! Just on the outskirts of the region’s main city, Birobidzhan, we stopped to gaze at a huge road sign that read: “Birodbidzhan” in Yiddish and Russian. 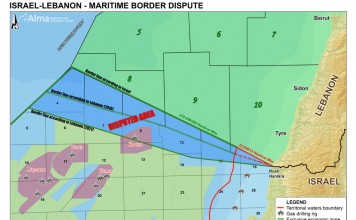 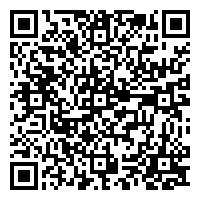