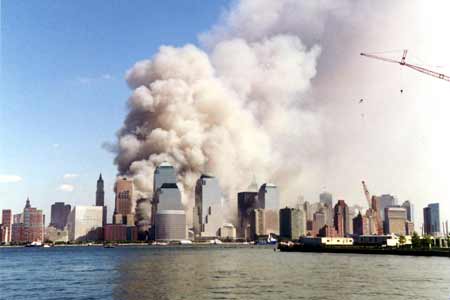 Soon after, I spoke very briefly with my mother-in-law. Having virtually no access to phones and no access at all to the Internet, radio or television after our electricity went out, we were certain the entire city was under siege. My infant son was in daycare in the Met Life building where my husband worked. I asked her if he had the baby. In the office we sat listing the other targets likely hit too. Met Life was on everyone’s list though some people were afraid to show me. She said my husband was still trying to find him and then the phone went entirely dead. Everyone in the office heard. With so few calls going through each link to the world outside belonged to all of us collectively. No one said anything as I put the phone down. A friend put her hand on my shoulder.

No other calls went through after that. We all soon gave up our frantic dialing of dead phones.


I was to learn later that the daycare center in the Met Life building was evacuated first and the children had been moved to a safer location, but there was great difficulty notifying parents without phone service. My husband eventually found him and he was obviously in no danger. I don’t know for certain if everyone was picked up that day, if everyone had someone to return for them. It’s hard to think about. My husband carried our son to our Upper East Side apartment. His stroller had to be abandoned during the evacuation. They waited in our apartment to hear from me.

My boss, a Vietnam vet, cautioned us when we left later that day. “Keep your mouths covered. If you think it is only smoke out there you are breathing in, you are kidding yourselves. Turn left and head directly towards the water. Don’t stop and don’t look. Stay together.”

Once outside, still holding hands with my friends, I remember asking a stranger just as we emerged from the area lined with rescue workers what had happened. He looked at us strangely and said that the towers had fallen. I responded, “That’s all?”

I knew then that past all this destruction my husband and son waited for me. And in that moment that is all I needed to know.

People lined the streets and cheered for us, handed us water bottles. It plays through my mind now like an old movie reel or a dream with flashes of frozen images.

Along our long route home, a priest invited my coworker and I into his small church and offered us water, snacks and a place to sit. He said he had been feeding people all day. He had run out of food so he broke the lock on the vending machine to have something to offer us.

Despite the good that I saw, I felt myself lose faith. I remember sitting outside that week, work was closed, and watching from the safety of the Upper East Side as pillars of smoke rose from downtown. I looked at my infant son and cried that I brought him into a world like this. I apologized to him. I told my husband in the days that followed that I would never have another child. I couldn’t bring another child into this world (though a year later my daughter was born).

The anniversary is always hard for me. I am well aware that I am fortunate enough to have the luxury to compartmentalize it, put it all away on a shelf up high and reserve these feelings for one day each year. I think about the two friends from my hometown that were lost that day. It makes it all more real for me – the contrast between my mere fear and their reality. I told a leader of the religious community some years ago in a meeting on September 11th that this day was hard for me. I talked about their families and how in a town like Edison we all knew one another. I told her they went to my school, were just one year younger than me, lived in my neighborhood and were part of my Jewish community. She responded by saying that the only blessing on that day was that no Jews were killed. I reminded her that I just finished telling her about two young men from my community, my synagogue. “Oh,” she clarified, “I meant thank God no Orthodox Jews were killed. They were all in minyan where they belonged.” I think about arguing the facts. Instead I get up silently and leave the meeting suddenly. I don’t go to synagogue that week or for a few weeks after. It doesn’t make me feel any better. I returned after that. 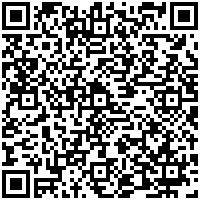