Seems like we were in our sukkahs just the other day, and yet Purim is just around the corner, even though it’s later than usual this year – which is a good thing because having had to deal with Pesach before our winter brains thawed out would have been quite challenging.

It feels like time is an avalanche; minutes and days and weeks start off slowly, and then, as you get older, time gathers speed and you are figuratively knocked off your feet as it rushes by you!  You blink and a season or two has gone by. And since my birthday is the 11th of Adar, I mature (a nice way of saying getting older) with the approach of this most welcome holiday of survival.

At this stage of my life, I have heard/read the megillah more than 100 times, yet it never gets stale; I seem to glean a new insight each time. There is so much to learn about human nature – the good, the bad and the ugly and, with each reading there is a lesson to absorb.

One that speaks volumes about humanity is encapsulated in the last sentence of the Megillah: “For Mordechai the Jew was next unto King Achashverosh, and great among the Jews, and accepted by the multitude (rov) of his brethren, seeking the good of his people.”

My understanding of the word “multitude” is the great majority, but not everybody or the word “kol” would have been used. That means there were people who did not embrace Mordechai and express a deep hakarat hatov for his mesirat nefesh for them and their families.

It is rather disturbing, and extremely puzzling, as to why a percentage – albeit a small one –

of Jews seems to not have admired Mordechai despite the fact that he saved them from genocide.

Why wouldn’t everyone sing his praises? After all, every Jew owed his or her very existence and well-being to him!

Maybe they couldn’t handle the fact that Mordechai was on a higher madrega than they were. Some people have huge inferiority complexes and that causes them to be consumed with jealousy and they can’t fargin another person’s achievements – even if they themselves greatly benefit from them. In a perverse worldview, they feel that another person’s success diminishes their accomplishments. They feel as if he/she poached and took away their glory.

Perhaps the people who did not accept Mordechai were that generation’s version of Korach, who had the same yichus as his cousins, Aaron and Moshe, and deeply resented that they were the leaders of Bnei Yisrael. In particular, Korach felt that he should be given the kehuna and that his cousins had taken away the honor and glory that belonged to him.

Instead of being proud of what a member of his extended family – descendants of Levi, like himself – had accomplished, Korach seethed with resentment and felt cheated. He was not satisfied with his kavod; instead of being sameach be’chelko, he was enraged and rebelled. Ultimately his narcissism caused him to lose everything.

Haman too was a delusional narcissist with a hyper-inflated sense of who he was.  He was not satisfied with the great honor the king showered on him; he felt entitled to more, and it galled him that Mordechai would not acknowledge his supposed superiority by bowing down to him. For Haman, this nullified everything!  Ultimately, his overweening sense of importance caused his complete downfall as it made him forgot what his  “posse and groupies” and wife knew: “If Mordecai, before whom you have begun to fall, be of the seed of the Jews, you shall not prevail against him, but shall surely fall before him.”

They were aware that Amalek would never prevail against the Jewish people. Haman knew that Mordechai was a Jew and of Amalek’s history of failure regarding the Jews, but he was in denial. Haman’s judgment was clouded by his extreme hubris, his excessive pride and confidence that had no basis in reality. Like the person who can’t sing to save his life, but goes on a talent show and is shocked that he is eliminated within seconds of opening his mouth. He really believed he would beat out all the other contestants.

Haman arrogantly thought that he could achieve what countless of his counterparts before him could not – the destruction of Am Yisrael.

I believe the Megillah has a warning about that for all the wannabe Hamans.  In Perek 9, pesukim 7-10, Haman’s sons are named and killed: “The 10 sons of Haman the son of Hammedatha, the Jews’ enemy, slew they.”  That fact is repeated in pasuk 12: “And the king said to Esther the queen: ‘The Jews have slain and destroyed 500 men in Shushan, and the 10 sons of Haman.’” And again in pasuk 13, Esther says, “If it please the king, let it be granted to the Jews that are in Shushan to do tomorrow also according to this day’s decree, and let Haman’s 10 sons be hanged upon the gallows.”

The king had already told Esther that Haman’s sons were dead; why does she ask that they be hanged? And why does the Megillah tell us again in pasuk 14 that they were?

I like to think that it’s a warning to Haman’s spiritual descendants – current and future Jew-haters – that the ultimate outcome of their evil designs will be failure and that they and their devious plans will end up like Haman’s sons: “blowing in the wind.”

But there’s also a soul-reviving message in the Megillah for those who are full of despair and feel they are “at the end of their rope.” Even when it seems like the darkness will never lift and that you will never attain that what you have been struggling for – good physical, mental or financial health, marriage, etc. – know that with a phone call, a test, or a chance meeting, your life can change for the better. Relief can come when you just about have given up.

Chazal assure us, “Even when a sharpened sword is placed on your neck, do not give up on Divine Mercy.” No matter what, daven to Hashem and trust in His redemption.

And for those who are arrogant and mean and nasty, their lives too can be turned upside down to their great detriment.  Esther and the Jewish people went from extreme despair and desperation to extreme relief and joy; Haman who went into the queen’s banquet full of swagger and arrogance ended up hanging from the very tree he planned on using for Mordechai.

A message to well-meaning baalabatim hosting teenagers – both guests and bochrim who are collecting tzedakah: Don’t turn the yom tov of Purim into the equivalent of a 24-hour kiddush club. A first sip can lead to a future of grave outcomes. 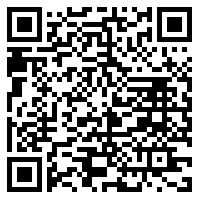