My grandmother was a homemaker, a woman appreciated by her large family and guests for the organized, warm, open home that she managed, and the meals and baked goods served at her table. Her personal bakery was situated in her kitchen with a Welbilt American gas range and oven that served her for many years. She learned to bake in Europe, in the early 1900’s, in an antiquated farm-like kitchen where she prepared everything from scratch. Challot, apple strudel and chocolate yeast cake (kuchen or kokush cake) were my grandmother’s winning numbers. My introduction to her culinary and baking skills was two decades after the family immigrated to the United States, in the 1940’s and 50’s, in Brooklyn, where I was born and raised a few blocks from my grandparents’ home.

The American term “homemaker” is passé. Women are no longer referred to as homemakers. They have professions: they are teachers, psychologists, architects, nurses, lawyers, even a pilot. Still, cooking and baking skills continue on. My aunt, whose American chiffon cakes and pinwheel cookies were prize worthy, was followed by third, fourth, and fifth generations of my grandmother’s descendants whose culinary skills, like wine, improve professionally with age.

One granddaughter, my cousin Mimi, turned her Jerusalem kitchen into a home-style bakery when she and her husband Pesach, a”h, sought means to remain in Israel and feed their growing family. Mimi started doing what came naturally: making babies, and cakes. More babies, more cakes. Yet although she sold the cakes, she never parted from any of her dozen babies. Her cake business grew like yeast dough rising on her kitchen countertop. And as the children grew, they too participated, helping their Ima produce more cakes that they packaged and sold.

On Thursday nights, the boys load their mother’s cakes in boxes and sell them locally to American yeshiva students seeking a taste of home. Mimi takes orders from neighbors and friends who appreciate home baked goods that are important for small family affairs, for large family affairs, and for holidays. She has baked mountains of cheesecakes that were sold every year before Shavuot.

Her customers hail from varied sections of the city. A woman phoned her one morning, her voice frantic with a need to share a secret. “My daughter is pregnant,” she confided. “And the only thing she will eat are your lemon buns. Please, can you make time today to bake a batch for me?”

“A prominent Rav who is very sick. Your blueberry squares are his favorite.”

Mimi noted the Rabbi’s name, and in addition to the blueberry squares that she baked, she prayed daily for his complete recovery.

Her choice phone calls are from young married women who call to convey their joy at the surprise treat they received from their husbands. “Thank you so much! The cake my husband brought home Thursday night was delicious!” And then they ask, “Could you please give me the recipe?”

After forty years, Mimi is still baking, and her sons are still selling, enabling her to nurture her family that has grown to include three generations and hundreds of offspring, some whom continue her baking tradition in the neighborhoods where they live. 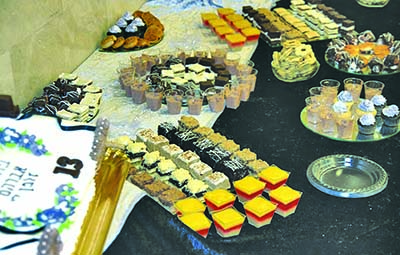 Rain or shine, winter or summer, year in, year out, Mimi wakes every morning before dawn and waits for the special bus to the Kotel, arriving in time for the first early risers’ hashkoma minyan. She davens in the indoor section for women. She doesn’t need a tallit or tefillin to help her connect with her Creator. After praying for her family, for parnassa, for all the sick who need a refuah, she returns home for a cup of coffee before her baking day begins.

In Eretz Yisrael, prayers for rainfall are offered annually, beginning on Shmini Atzeret/ Simchat Torah and continuing until Pesach. The key for the skies to open and rain down heavenly blessing rests in the hands of the Almighty. During the winter months, Mimi welcomes the blessed rain on any and every day or night of the week. Yet after two heavy Jerusalem rainstorms that fell on Thursday, she begged Hashem, “Just please not on Thursdays.” Mimi’s married sons, headed by Yitzie, a full-time Kollel student, return home on Thursday to pick up the cakes and take them out to sell. If it rains, the cakes remain without blessing from satisfied patrons, and the family remains without providential remuneration.

Mimi’s baked goods have added dozens of inches to consumer waistlines. But not to hers. She is as thin and humble as she was when she started baking some four decades ago. Thin around the waist, yet as great a grandmother, replete with exalted homemaking qualities – and as gratified – as one can possibly be. 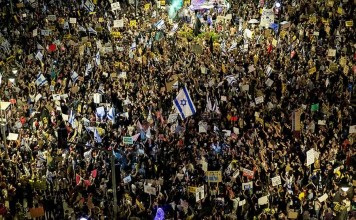 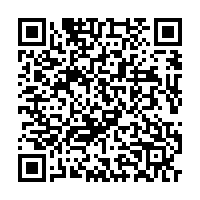