The good news is that many of the recommended lifestyle changes actually save money in the long run. For example, if you bike to work, you’ll save money on gas, which you can then put toward getting the sweat stains out of your suit. You can save money on laundry by line-drying your clothes, and then use that money to replace whatever clothes the neighbors stole. Or you can walk around looking for someone with your pants and a clean nose.


But you kind of have to figure out what’s right for you. For example, you can install solar panels, which use solar energy, from the sun, to provide heat and light for your house, which the sun was already providing for free. Except that you put a roof on your house, so it couldn’t get in. So now you put solar panels on top of that roof, because the alternative is getting a huge skylight the size of your roof and constantly wondering whether people on airplanes can see down.

Another thing you can do is switch all the light bulbs in your house for LED bulbs. Older bulbs tend to get very hot, which means they’re converting half the electricity they’re using into heat. And heat rises. What’s the point of having a heat source on your ceiling?

So now there are newer bulbs that don’t get as hot, leading to less energy wasted as well as fewer burnt yarmulkes when people try changing them.

The problem is that all these changes cost money up front. And yes, the salesman made it sounds like you’ll start saving money right away, but in actuality you have to calculate the monthly difference, and then figure out how many years it would take to make the initial expense back before you can even think about how much you’re saving.

So yes, these changes save money in the long run, given enough years. Unfortunately, that same salesman just said that the earth will be gone long before then.

Why are there no women named Junior?

Firstly, Junior is not a very Jewish name. No one gets called up to the Torah, “Yaamod, Brock Dillon Hashlishi ben Hachaver Brock Dillon Junior, Shlishi.”

You also have to realize that no one’s actually named Junior. There are no grandfathers named Junior. The name comes about when a father gives his son his own name.  And since it’s awkward to have multiple people in the house with the same name, especially if the mother’s yelling – when the father comes home from the bris after naming the kid, for example – he tacks on “Junior” to differentiate.

So why do people do it?

Maybe because it’s green. Calling someone Junior is environmentally friendly; it’s a way of reusing a name. Now you might think that’s corny, but you’re not thinking about how many items you have with your name on them. Like if you have a mug with your name on it, or a monogrammed bath towel, or a burnt yarmulke that says “Jerome,” you can just pass it down to your son, and he’ll throw it out.

Or a nose hair trimmer.

“Wow! You look more like your father every day!”

In our circles, we can still do this, although we have to use our long-departed great-grandfathers’ personal items. Usually it’s monogrammed handkerchiefs.

But the official reason people reuse names is that if you have a lot of money and you want to make things easier, legally, when you kick the bucket, you give him your name. But if there’s no specific point in giving your child your name, you DON’T do it, because, again, it’s awkward to have two people in the house with the same name, and after a while, everyone just calls him “Junior,” which is embarrassing, especially when he’s in high school. 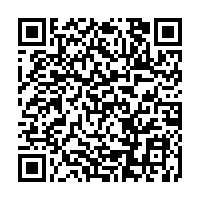