I will get right to the point. This Rosh Ha’Shanah, we are focusing on the wrong thing. Instead of worrying how many people are allowed in shul and whether or not we need to cover the shofar with a cloth, we need to focus on how to crown Hashem – King of the world! This is a unique task – given exclusively to the Jewish nation – to say, loud and clear; Hashem Melech, Hashem Malach, Hashem Yimloch le’Olam Va’ed! (Hashem is King, Hashem was king, and Hashem will always be King forever!)

Don’t get me wrong. We should definitely take the Corona/Covid (whatever you call it) pandemic seriously. We need to address some real issues and dangers but we also need to separate between the fact and the fiction. We need to follow the medical experts as well as the Halachic experts but here’s what we must not do: worry, complain and “kvetch” about the crazy situation 24/7.


As a matter of fact, let me help you with one small thing that will change your entire perspective on what is happening. Take the word “crazy” and replace it with the word “challenging”. We are not going through crazy times… we are going through challenging times. Or this one; “Today’s situation is really crazy” vs “Today’s situation is a real challenge.”

As believing Jews, we know that Hashem is behind all of this, so if things are crazy, then He must be crazy… and He is not! Hashem knows exactly what He is doing and, while I don’t know much about the Creator of the world, I know one thing for sure; He is not crazy! Hashem challenges us. He pushes us to our limits. He wants to see us excel, overcome obstacles and reach our full potential. Do I know why things happen? Absolutely not, but we trust our Father completely.

Think about this: On the 2nd day of Rosh Ha’Shanah, we read the Torah portion dealing with “Akedat Yitzchak” (the binding of Isaac). The Netivot Shalom says that what makes this story so unbelievable is that Avraham never questioned Hashem’s command. All these years, Hashem was promising Avraham a son from Sarah. (Hashem even told him what the name would be!) Finally, in Chapter 21 of Breisheit (Genesis) when Avraham is 100 and Sarah is 90, baby Yitzchak is born! The promise came true! There will be a continuation, an inheritor and a future leader of the Jewish Nation… exactly as Hashem had said! Avraham makes a party and everything is good.

And then – in the next Chapter (22) – Hashem tells Avraham to take that very son, the one who Hashem Himself promised would take over after Avraham… and sacrifice him. What was Avraham’s reaction? “And Avraham arose early in the morning… took his son… and went to the place of which Hashem had spoken to him” (22:3) No questions to Hashem. No complaints. No “this is crazy” comment. He could have easily said; “Hashem, I will do whatever you want, but this is the son you promised me! You gave him his name and promised that he would build this Nation after me… so, how can I now offer him as a sacrifice and slit his throat?

It doesn’t make sense…” Nobody would have said a bad word about Avraham, had he paused a few seconds to ask Hashem that question. Yet, Avraham did not ask! Real, unfiltered, pure Emunah (faith) in Hashem means doing whatever is required with “Mesirut Nefesh” (self-sacrifice) and leaving the questions to the university professors. According to the Netivot Shalom, that was the unbelievable act of Avraham – even greater than the willingness to sacrifice his son’s life.

Fast forward about 3,700 years to today. We are in a challenging situation. Many people have suffered, and many continue to suffer. Yes, I agree. A lot of my friend’s state that the future is uncertain – but it is on this point that I beg to differ. The future for our Nation has never been brighter. Israel is growing and more Jews are coming home than ever before. The “ba’al Teshuva” movement in Israel has exceeded the most optimistic expectations with more Jews reconnecting to the Torah than ever before in history! We are settling and building the land. We are planting millions of trees and building new roads. Of course we have our challenges with the Corona pandemic – who doesn’t? – but we will overcome this temporary hurdle and continue to grow.

Therefore, dearest friends; let the Gabbai of your shul worry about how many people can daven and let the Rabbi decide whether or not to cover the shofar… we have a different job to do. Through our thoughts, actions and unwavering Emunah, we must declare to the whole world that Hashem is King! Stop focusing on Covid and start focusing on Kavod (honor) that is due to Avinu Malkenu (our Father, our King). Turn the Corona-Nation into the Coronation of the King. This is our job and we need to embrace it and put all our energy into making it happen.

May we be blessed with a happy and healthy new year and may we bring “nachas” to the King of Kings as He looks down and sees His Nation smiling, and proud of the responsibility He gave us to be a light unto the world and the bearer of His torch. 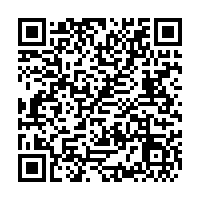