It took months and plenty of sturm and drang, but the Chicago Transit Authority (CTA) finally caved and accepted our #myjihad ads. It is disturbing that a government agency is working hand in hand with a Hamas group, but that is indeed the low state of the world at this point in the war.

Our ads are like the silver cross to their Dracula. And the jihad-aligned media can’t get enough of the Muslim Brotherhood lie. Another glowing piece ran yesterday at CNN International. Look here. This is the same CNN whose Peter Bergen is telling us not to overstate the threat of al Qaeda. (Link thanks to Larry.)

Help us run these ads in Chicago, San Francisco and in DC. I have them going up wherever Hamas-CAIR runs their propaganda. Please donate via Paypal to writeatlas@aol.com or tax-deductible todirector@jihadwatch.org

Daily Caller has the exclusive:

The Chicago Transit Authority has agreed to display plain-spoken anti-jihad ads on city buses, following a lawsuit by the American Freedom Law Center.

City officials initially rejected the American Freedom Defense Initiative’s anti-jihad ads, even after the city accepted bus ads that touted a sanitized portrayal of jihad as exercise and education rather than warfare.

The center’s anti-jihad ads are “morally reprehensible — advocating racism, hatred and intolerance of cultural diversity,” said a Feb. 4 letter from Karen Seimetz, the general counsel of the city’s bus authority.

Read the rest here.
Here are the ads that ran in New York:

Trump Had Right to Withhold Ukraine Funds: GAO is Wrong 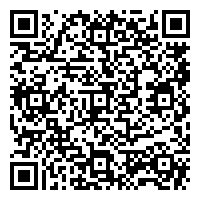