They casually gunned down shoppers and stopped to kneel down for Islamic prayers. Yet South African Muslim leader Ganief Hendricks has the gall to say: “What happened in Nairobi, in the mall attack, may have been a bank robbery gone wrong, using Islam as a cover up.” This is the kind of denial and obfuscation we get from Islamic groups about jihad, instead of honest effort to reform Islam and expunge the quran of its calls for killing the kuffar.

Warning: Video contains images that some may find disturbing.Chilling new CCTV footage has emerged of terrorists casually gunning down shoppers during the attack on Kenya’s Westgate shopping centre last month.

In a video obtained by CNN, one man can be seen hiding behind a supermarket kiosk as the gunmen storm the mall.

As shoppers run for their lives, a terrorist casually approaches the cowering man and fires a bullet into his body from close-range.

In the next clip the man is seen writhing in agony, before a third scene captures him lying in a pool of his own blood as the gunman returns and fires more shots at him. It is believed the man died as a result of his injuries.

Elsewhere in the CCTV footage, a British family – including a four-year-old boy who famously told one of the terrorists he was “a very bad man” – can be seen being told to leave the supermarket by one of the gunmen.

A mother and her children are allowed to leave.

As the mother – who had already been shot in the thigh by a terrorist – leads her children from the store using a shopping trolley to carry one of her injured offspring, she is seen being followed by a terrified, blood-soaked teenage girl, and finally by one of the gunmen.

The footage also shows terrorists calmly chatting on their mobile phones while scouting the mall for new victims. The al-Qa’ida linked, Somalia-based terror group al-Shabaab insists it kept in contact with the men throughout the attack.

During rare quiet periods during the subsequent four-day siege, the Western-dressed Islamist terrorists are seen taking turns to kneel down and pray as their assault-rifle wielding colleagues stand guard. 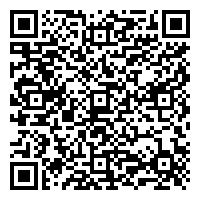