Zionist Squirrels and Other “Squirrelly” Accusations Posted by The Counter Jihad Report, on October 29, 2013


By Y.K. Cherson and Rachel Molschky:

Muslims are alarmed! There is a massive conversion of animals to “Zionism”, but not a single animal has agreed to convert to Islam.

A hawk in Lebanon was recently accused of “collaborating with Zionists.” Three weeks before that, an “Israeli spy duck” in Egypt, and this just a couple of weeks after a stork “spy” was found, also in Egypt. As if that’s not enough, earlier in the summer, a kestrel“Zionist spy” in Turkey was captured.

Syria: “Zionist wild pigs attack the Palestinian farmers and do not let them harvest olives.”

The Palestinian Authority’s Minister of Agriculture Mahmud Hussein: “Zionist rats penetrate into the Palestinian houses and make the owners flee in horror.”

Egypt: ” Zionist sharks attack the tourists and ruin the tourism in Egypt.”

Hamas: “Zionists have trained the wild dogs to chase and kill the freedom fighters.”

Hezbollah: “Zionists used the alligators during the Israeli raid on Tyr in July of 2006.”

Iran: “The ‘Zionist eagles’ were spotted flying over the village of Kamo, close to Iran’s uranium enrichment facility at Natanz. Quoting ‘informed sources’, publications such as Asr Iran wrote that these eagles were seen to be carrying ‘listening devices like mobile phones, which were attached to the chest’. They were also reported to have had aerials attached to the heads, as well as ‘devices to receive and send intelligence.’”

The Saudis decided not to let some Persians be the leaders in hunting these “Zionist agents”, and as the eagles were already busy, they arrested a vulture and accused the poor bird of spying for the Mossad.Saudi Arabian security forces have captured a vulture that was carrying a global positioning satellite (GPS) transmitter and a ring etched with the words “Tel Aviv University.” Now the vulture is under arrest.

In a similar story, a “Zionist” vulture wandered into the Darfur region of the western part of the Sudan. The “spy” had a tag on its leg with the words “Israel Nature Service” and “Hebrew University, Jerusalem.” Of course the bird had no photography equipment on it, and the migration patterns of birds are often observed by scientists. Interestingly, the opposition in Sudan mocked the alleged “spy bird” on its website, according to Ynet. The Justice and Equality Movement wrote, “How is it possible that the regime was able to detect one vulture, but was unable to detect the jets that bombed the arms facility?”

Clearly, the highly intelligent “Zionists” would put signs on these “spies” which say “Israel” in order to announce to the world to whom these “spies” belong. Any spy would walk around with a big sign which states the name of his country, maybe even with some flashing lights just to make sure. Right?

And let’s not forget the 14 Zionist squirrels arrested in Iran. Iranian police commander Esmaeil Ahmadi-Moqadam announced that: “The squirrels were carrying spy gear of foreign agencies, and were stopped before they could act, thanks to the alertness of our intelligence services.”

Apparently, sharks are also “trainable spies.” Not too long ago, Egyptians killed two sharks that were suspected in a series of attacks on bathers. One of the sharks was 2.1 meters long and weighed 150 kg. The other was 30 cm longer and weighed 250 kg.

Afterwards, days passed, and Muslims were suspiciously silent. It almost seemed that the impossible happened, and Muslims began to recover from the collective schizophrenia 99% of them suffer and return back to normality, but…

Read more at Cherson and Molschky 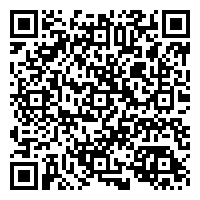