Even though Israel is a democratic state where equality of the sexes is enshrined in Israeli law and Israeli women benefit from having a lower rape rate than what exists in the U.S. according to OECD statistics, this does not mean that Israel is a perfect society when it comes to the Israeli governments response to sexual harassment, rape and domestic violence. Disturbing data in regards to these issues within the Jewish state has recently been revealed in numerous Israeli news publications, including Jerusalem Online News, Haaretz, and Israel Hayom. This data suggests that the State of Israel needs to take the phenomenon of violence against women much more seriously than it presently does.

Haaretz recently reported that nine in ten cases of sexual harassment in Israel don’t result in an indictment. According to the newspapers report, data released under the Freedom of Information Act found that Israeli prosecutors’ close 62 percent of all sexual harassment cases, usually due to lack of evidence. Of the 216 sexual harassment cases the Israeli prosecution handled in 2012, only 25 resulted in indictments, while 135 were closed – 83 of them for lack of evidence, 28 for lack of public interest, 11 because no crime had been committed, and the rest for other reasons such as inability to locate the suspect.


The case of TV journalist Emmanuel Rosen illustrates perfectly well the problem with the way that Israel deals with sexual harassment. The Jerusalem Post reported that the State Attorney’s office recommended to close the case against him, even though it went contrary to recommendations made by the Israeli police and fellow journalist Gadi Sukenik had testified against Rosen, stating that allegations revealed in the report were known for years and that “they are only the tip of the iceberg; there were much worse offenses.” Although a final decision will be made in this case only on November 27, the fact that the State Prosecution’s recommendations contradict those of the Israeli Police is disturbing and reinforces the sentiment felt by many women who decide not to report sexual harassment.

After all, why testify against one’s boss or co-worker that they engaged in sexual harassment, if one’s case will most likely be dismissed anyway? Why put ones job on the line for a sense of justice that will never happen? Why be bothered with the drama of legal proceedings, the reenactment of the horrid event, and being forced to explain the horrible ordeal of sexual harassment on numerous occasions, if nothing good will come out of it any ways?

Such statistics prompt many Israeli women, such as this author, to ignore sexual harassment in the streets of the country, since such incidents are not usually repeated by the same person and the ordeal of reporting an incident is usually not worth it, as these statistics indicate. Given such statistics, unless I was sexually harassed repeatedly on a daily basis, I would not even bother reporting the incident to the Israeli authorities.

However, the fact that sexual harassment is systematically not addressed properly by the Israeli authorities is only the tip of the iceberg in regards to gender-based issues faced by Israeli women. Aside from the sexual harassment issue, Jerusalem Online News has noted that a report by WIZO demonstrated that there are presently 200,000 battered women within the Jewish state and 600,000 children that have witnessed violence within their families. On top of that, over 60% of sexual assault victims are under the age of 18 and 88% of sexual predators in Israel knew their victim ahead of time.

Additionally, Israel Hayom reported that over 28% of the calls to rape crisis centers concerned sexual assaults within the family, 38% of the calls concerned rape, attempted rape or sodomy, 16.5% of the callers said they were sexually harassed and 12.3% of the callers complained of indecent assault. Only 20% of those seeking the rape crisis centers’ assistance filed police complaints, the report said, adding that in 2012, the State Attorney’s Office filed 986 indictments for sex crimes and closed 2,070 cases.

I would like to ask my fellow Israeli citizens, how have we reached the point that there are 200,000 battered women within the country and the majority of Israeli victims of sexual assault are children? How have we arrived at the point that only 20% of those seeking support from rape crisis centers filed police complaints? I fear that we have gotten to this situation because the Israeli authorities aren’t taking violence against women seriously enough. 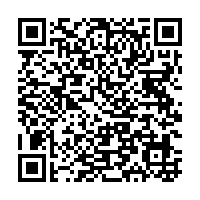