Channa Newman, a 77-year old professor at Point Park University who has taught there since 1964,  has sued the institution claiming employment discrimination based on her Jewish and Israeli ancestry, saying that anti-Zionist faculty and students have collaborated to create a hostile work environment against her.


In 2018, Newman – who was born in Europe during the Holocaust, and who has lived in and is openly supportive of Israel – was accused of Title IX violations, meaning that she was accused of sexual harassment. During one class in November Newman said, in her opinion, that the “MeToo” movement provided false hope for women who had been sexually abused. Five days later a student filed a Title IX complaint and a week after that Newman was removed from her three classes before the school even asked her what happened. Her students knew about her suspension before she did.

Newman also was suspended from her position as chair of the Department of Humanities and Social Sciences.

It was later discovered that the student who filed the complaint was a BDS supporter and had consulted with an openly anti-Israel professor, Professor Robert Ross, before deciding to file. In other words, the Israel haters chose to attack Newman with the flimsiest of pretexts but one that the college would have to take seriously, as Title IX violations are among the most serious accusations possible against a university and it would jeopardize government funding. They are among the few ways to remove a tenured professor.

The investigation was closed in January 2019, Newman was exonerated and reinstated to her positions. But even then, she was told that other unnamed students were preparing another Title IX complaint against her.

Ironically, Newman teaches a course titled “Wealthy White Males,” an examination of how rich white men dominate society. That course ended up being the nucleus of Park Point’s Global Cultural Studies program. Newman ways that the course is meant to teach students to think outside the box. To accuse her of sexual harassment is absurd in the extreme – but BDSers will use any weapon to silence pro-Israel voices.

Professor Ross claims that he is being victimized in the lawsuit because of his support of Palestinians and of his (coincidental) support for students who wanted to attach Newman:

“This lawsuit attempts to use my work in the movement for Palestinian human rights as a basis to attack my support for students who felt victimized by a professor last academic year,” Ross said via email statement.

Newman wrote a letter to the student newspaper responding to Ross and describing what happened and why she is suing:

For over a decade, the BDS movement has bullied and silenced Jews, Israelis and Zionists at American colleges and universities.  But in 2018, Point Park became the first school in the United States where BDS partisans charged a professor with a Title IX sexual harassment violation.

A Title IX sexual charge is the nuclear weapon against a faculty member. Even a tenured full professor can lose his or her job through Title IX.  Equally bad, a mere charge can lead to ostracism, shunning, isolation and wild lies on the web as has happened to me. In 2019, a Dartmouth fulltime professor was named peripherally in a Title IX suit.  He was not thrown off campus and out of his classes as I was; but, he became a pariah and outcast on his campus, and he killed himself.  It is very hard to come to work every day with this undeserved stigma and scrutiny.

The administration’s initial support of the flimsy and legally baseless claim and the brutal way they treated me is a central reason for my lawsuit. Another is the administration’s extreme tolerance for the insidious anti-inclusive, anti-Zionist, and anti-Semitic ideology of BDS. With administrative support, this hate-driven ideology – directed exclusively at the Jewish state of Israel and at supporters of Israel such as myself – has ill-served our Point Park community and the Pittsburgh community at large.

Newman is being attacked by BDSers because she has been outspoken and articulate about how these new “social justice warriors” are enabling antisemitism as well as racism and sexism. In 2018 she wrote:

[S]ocial justice programs manage to camouflage the prejudice and hate against Jews through the tactic of splitting Jews into the binary categories of good Jews and bad Jews, with some Jews embodying the evil pole and others placed at the opposite end of the scale. Allowing some Jews to be “good” makes the social justice practitioners look like they are treating Jews fairly. But the only Jews allowed to be good Jews are those who are willing to recognize that there are bad Jews. The reality is that rather than supporting fairness, this formula works not only to solidify pre-existing anti-Semitic biases, but to enable the expression of full-blown anti-Semitism.

…[T]his binary vision — simplistic, deceptive and dependent on subjective moralizing judgments and on emotion — obscures what must be recognized as racist. Labeling groups, or dividing them into opposing camps of good and evil amounts to essentializing them. Whether one side is in focus or the other, the group itself remains, even if implicitly, foregrounded and stereotyped: the Jews. In my opinion, no Jew should be flattered by it. Such simplistic but effective manifestations of total anti-Semitism do not promote analyses, debates and progress.

Such facts must be silenced by the “social justice”/BDS crowd. And falsely accusing a professor of sexual harassment because she isn’t 100% in lockstep with them on the “#MeToo” movement is simply another weapon to silence pro-Israel voices. 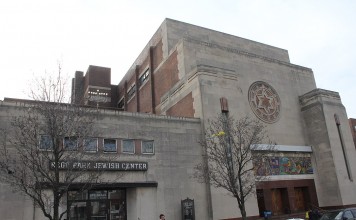