After the vicious murder of British soldier Lee Rigby by Muslim terrorists several weeks ago, there were several instances of vandalism against mosques, as well as a few small demonstrations organized by the English Defense League, which were met with opposition from “anti-fascist” protesters. But the predicted “wave of anti-Muslim sentiment” did not materialize.

Gordon Ross relates British reactions to another perceived ‘outrage’, one that happened in 1947.

There can be no comparison between the 1947 anti-Jewish riots in the UK and the very recent 2013 anti-Muslim demonstrations.

In August 1947, consequent upon retaliatory actions taken by Jewish militants of the Irgun Zvai Leumi (so-called “terrorists”) against the occupying British mandatory authorities in the land of Israel, there was a serious backlash from sections of the indigenous UK population against Jews in the UK in anti-Jewish riots which were at their worst in Glasgow, Liverpool and Manchester. Synagogues, Jewish shops, centres and individuals were attacked, and demonstrators called for violence against Jews. There wasn’t any significant protest against the riots from outside the UK Jewish community.

In Birkenhead, near Liverpool, slaughterhouse workers had refused to process any more meat for Jewish consumption until the attacks on British soldiers in Palestine stopped. Around Merseyside, the anger was starting to spill on to the streets as crowds of angry young men gathered in Jewish areas.

On Sunday afternoon the trouble reached Manchester. Small groups of men began breaking the windows of shops in Cheetham Hill, an area just north of the city centre which had been home to a Jewish community since the early 19th century. The pubs closed early that day because there was a shortage of beer, and by the evening the mob’s numbers had swelled to several hundred. Most were on foot but others drove through the area, throwing bricks from moving cars.

Soon the streets were covered in broken glass and stones and the crowd moved on to bigger targets, tearing down the canopy of the Great Synagogue on Cheetham Hill Road and surrounding a Jewish wedding party at the Assembly Hall. They shouted abuse at the terrified guests until one in the morning.

The next day, Lever said, “Cheetham Hill Road looked much as it had looked seven years before, when the German bombers had pounded the city for  12 hours. All premises belonging to Jews for the length of a mile down the street had gaping windows and the pavements were littered with glass.”

By the end of the bank holiday weekend, anti-Jewish riots had also taken place in Glasgow and Liverpool. There were minor disturbances, too, in Bristol, Hull, London and Warrington, as well as scores of attacks on Jewish property across the country. A solicitor in Liverpool and a Glasgow shopkeeper were beaten up. Nobody was killed, but this was the most widespread anti-Jewish violence the UK had ever seen. In Salford, the day after a crowd of several thousand had thrown stones at shop windows, signs appeared that read: “Hold your fire. These premises are British.”

There were no Jewish clerics in the UK preaching hatred, incitement to violence, murder and treason from the pulpit, no young UK born ‘disaffected’ Jews demonstrating against the UK and burning its national flag in the streets, setting explosives here or travelling to the Middle East to join or train with the militants there, as has been the case in recent years with a number of Imams and other UK born Muslims.

In 2005 there were the 7/7 London Islamist bomb outrages, resulting in many dead and injured.  Since then there has been an ongoing Islamist terror campaign, with Islamist demonstrators calling for violence against and murder of non-Muslims, and a continuing barrage of complaints and demands issuing from the Muslim community, including the demand for the introduction of shariah law!  In 2010, a Muslim woman was put on trial for the attempted murder of an MP.  She stabbed him in the stomach because he had supported the war against Saddam Hussein’s Iraq.  She would not plead against the charge because she refused to recognise the jurisdiction of the court, and a plea of ‘Not Guilty’ was accordingly entered by the court on her behalf.  Fortunately the jury found her ‘Guilty’. In May this year, Islamist extremists murdered a British soldier on the streets of Woolwich, London, in full view of passers-by.

This latest Islamist outrage has provoked some anti-Muslim demonstrations and attacks, which the authorities here and other appeasers have been quick to condemn, but nothing that can in any way be compared with the anti-Jewish riots of 1947, and there were no significant demonstrations or protests from any section of the ‘indigenous’ UK population against the earlier Islamist extremist attacks and demands.

The only demonstrations staged here before were in support of Islamist terrorist groups like Hezbollah (in August 2006: “We are all Hezbollah now”) and Hamas, and those against the Jewish nation-state of Israel when it dared to defend itself against enemies dedicated to its destruction and the destruction of all Jews everywhere. Such demonstrations have often been led by prominent public and political figures such as former London Mayor, Ken Livingstone (whose inclination is to welcome and embrace known extremist Islamic cleric hate-mongers), gorgeous George Galloway (of ‘Big Brother’ fame) and senile radical left-winger, Tony Benn (complete with Arab keffiyah around his scrawny neck), and have persuaded some people in the UK to the view that ‘Britistan’ is truly on the way!

Gordon Ross is a non-practising (retired) solicitor, currently living in north London.  After practising law in London for almost 30 years, both in employment and on his own account, he immigrated to Israel in 1983 and re-qualified as an attorney at the Israel Bar.  In 1987 he returned to London, solely in order to take up employment as an in-house lawyer in commerce, which position he held until retirement towards the end of 2008.

He is keenly interested in history, both ancient and modern, and in international politics, particularly where Israel and the Middle East are concerned. 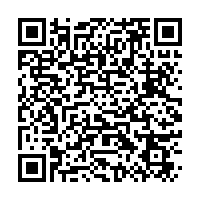