The national holidays are over- we have said hello and goodbye to Holocaust Memorial Day (Yom HaShoa), Israeli Remembrance Day (Yom HaZikaron) and Israeli Independence Day (Yom HaAtzmaut.) The country was awash in blue and white, with memorials and then parties aplenty. As I think back on these weeks, my mind’s eye flickers between 2 distinct anecdotes. One is the famous scene of the siren going off in Tel Aviv on Yom Hashoa and Yom HaZikaron, and people stopping in their tracks and pulling over their cars to stand in solemn contemplation and prayer over those we lost in the Holocaust and Israel’s wars. Almost anyone who sees it is moved and awed by the reverence we give to the fallen. The other anecdote is less beautiful. It’s of a Facebook thread that devolved into an aggressive argument between those who stand for such sirens (most of us) and those who choose to sit in defiance- of the state, the government, the Land. In my limited comprehension, I will never understand the intense animosity one much feel to sit when the rest of the country stands for the dead. I will never understand the venom toward “the medina” that causes a person to defy the natural sympathy that comes with honoring the fallen. But then, I am a religious Zionist. In America, there are labels, of course there are, but in Israel, categorization has different parameters. So in the States, I may be “to the right of Modern Orthodox,” and whatever that entails, but in Israel my category includes my allegiance to the State of Israel, and I think that suits me even more. So I wrote this for those who do not stand, appealing to them from a perspective of another Jew, one who hopes that even if they don’t become the die-hard Zionist I hope to be, they will understand why they should stand, as a Jew and a human being.

When you don’t stand, you are sitting for our heroes. You are sitting for young boys and girls, Jewish boys and girls who gave their lives defending your right to live safely and freely in a very dangerous Middle Eastern neighborhood. And it doesn’t matter that they don’t keep shabbat, or any other mitzvoth for the matter. They are keeping a very important mitzvah- they are loving their brother as their own. They are protecting you like you are there family, their fathers and sisters. And when you sit down, you show complete disregard for their sacrifice- their sacrifice for you.


When you don’t stand, you are sitting for your elected officials. You are sitting for both the secular government who you feel threatens you, as well as the religious officials who go to bat for you every day. They are the ones ensuring your right to every possible benefit offered to any other citizen (who contributes to the good of the whole country.) And while they may not serve G-d in the same way as you, or in a way you would like, they are working to make life here safe and comfortable for all it’s citizens. This is not just a secular country, or a Hareidi one. It’s not just a Right-wing country or a Left-wing one. It’s not just Jewish and it’s not just Arab. It’s a diverse place, and it tries hard to represent us all. You are sitting for tolerance and understanding.

When you don’t stand, you make a Chilul Hashem. I know this will be hotly contested, but I stand by it. You are sitting the way enemies of Israel sit, the way those who seek our destruction sit. You are showing people around you that you do not care what other Israeli Jews do, you know better. That for some reason, the ills of Herzl one hundred years ago, or Yair Lapid last month exclude you from the Jewish population. And when people see you sitting, or walking, or on your phone, or even with your face in the gemara- it is a Chilul Hashem, because it dishonors Hashem’s holy children.

When you don’t stand, you are sitting for your fellow Jews. You are drawing distinctions between not only religious and secular, but also religious and religious. You are telling other Jews who read the same Torah you do, eat the same food you do, sing the same prayers you do and follow the same laws you do- that they are lesser. You are alienating yourselves from not only the greater Jewish community, you are drawing a distinction in the Torah community. You are saying we are misconstruing G-d’s words, we are misunderstanding what it means to be in Israel, that we are ultimately being less observant than you. It is not my way to draw distinctions between any Jews, I have this thing where I love them all. But when you sit, you are not showing this love of your fellow Jew, you are showing your separateness.

And last, when you don’t stand, you are sitting for Bubby and Zaidy. And though you may think of them often, and though the State of Israel may have no right to tell you when to mourn, they have created a day when we can all mourn as a nation. You may know that Zaidy died in December, so stand for someone else’s Zaidy. Stand for the 6 million other Bubbies and Zaidies who would have certainly stood for their families in Israel, if there was an Israel for them to stand. Stand for the holy ones who have been given a day in which to honor their memories, to think of them, to pray for them- regardless of how the day originated. Stand for these holy ones.

I really don’t know if this will speak to anyone, but I hope next year when the siren sounds, you will take what I had to say into consideration, and just for the moment put politics and differences aside and stand. 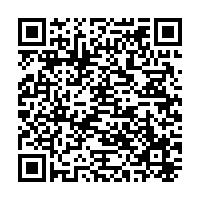