The impact of the Ten Commandments has manifested itself in the contemporary lives of the World, especially in the legal system formation.

The Ten Commandments are a summary of human responsibilities. Man is capable of adopting moral codes, which are applied as laws and are used to define what is acceptable and what is not.

Historically, the Ten Commandments have been integrated into the civil law. For example in America, the first commandment has been included in the Virginia colony (1610), Massachusetts legal code (1641), and Connecticut law code (1642). On the command against idolatry, civil laws include New Hampshire (1680).

The murder laws have been traced to the Ten Commandments and have existed in American society even to date. The seventh commandment, which forbade committing adultery, was included in Massachusetts law (1641), Connecticut (1642), Washington Supreme Court (1955), Pennsylvania (1705), among others.

The eighth commandment that forbids stealing has seen laws regarding theft to be drafted e.g. supreme appeals Court in West Virginia (1904) and Court of California (1940). On the command of bearing false witness laws such as Connecticut law (1642), Massachusetts in 1641, the Supreme Court of Mississippi (1988) were drafted.

The last command, which forbids coveting, laws that have included the command are the California Supreme Court (1895- against defamation), Court of Appeals in West Virginia (1904-on election fraud), Oregon Supreme Court (1951-regarding cattle rustling)

Religion has to come into play in a Judeo-Christian society such as the United States. The Ten Commandments are used as the bases to discern what is acceptable and what is unacceptable and therefore, what to be deterred out of the society.

The legal base has however aided in appreciation of what is right or wrong and that which punishment should be imposed. This has dictated the behavior in society and reflects the founding father’s allegiance for the supreme deity.

In this Judeo-Christian way of life, behaviors are guided by instincts, religious mores as well as civil law, while the source is religion. Moral behavior in the United States is, therefore, dependent on the Ten Commandments since they have participated greatly in the civil law formation, even if one has chosen to live a nonreligious lifestyle.

The Ten Commandments have been termed by the Founding Fathers as “immutable laws of good and evil, Government of God among others” these statements in reference to the ten commandments were made religiously, ethically, principally and morally in the American society. Erasing the Decalogue therefore would be like erasing a vital historical moment in the American history. That is popular` today, so it is important that we know our history so that it does not happen.

Therefore, moral conduct has been defined by the Decalogue to constitute a just society and acts as the cornerstone of people’s behaviors either directly or indirectly.

The Ten Commandments present a realistic portrayal of love and how to live harmoniously with people from all ethnic and racial backgrounds.

This is because the Ten Commandments are so embedded in the society’s civil law and therefore dictate the lifestyle of the Western People.

God gave the Ten Commandments to us, and the reason is that he wants us to live good lives — lives that are peaceful and happy and productive. God isn’t a harsh, angry judge just waiting for us to get out of line so he can punish us. He is our loving heavenly Father, who knows what is best for us.

Which would you throw out? Would you abandon the commandments against murder, or stealing, or lying, or unfaithfulness? Would you toss out the command to take care of our health and our environment by allowing for sufficient rest? Would you omit the commands against greed or the neglect of the elderly (especially our parents)? I seriously doubt if you’d abandon any of them because the alternative is chaos.

Speaking of Ten Commandments, here is a family with Ten Children

Shulem and Pessy Schechter were parents in a typical Chassidic family with many children. They had ten kids, thank God, six boys and four girls. One night, Shaindy, their oldest, was chatting with her mother about how their parenting style had changed from the first child to the last. Pessy answered that she had mellowed a lot over the years:

“When your oldest sister coughed or sneezed, I called the ambulance. When your youngest brother swallowed a nickel, I just told him it was coming out of his allowance.” 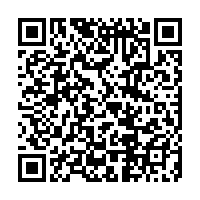