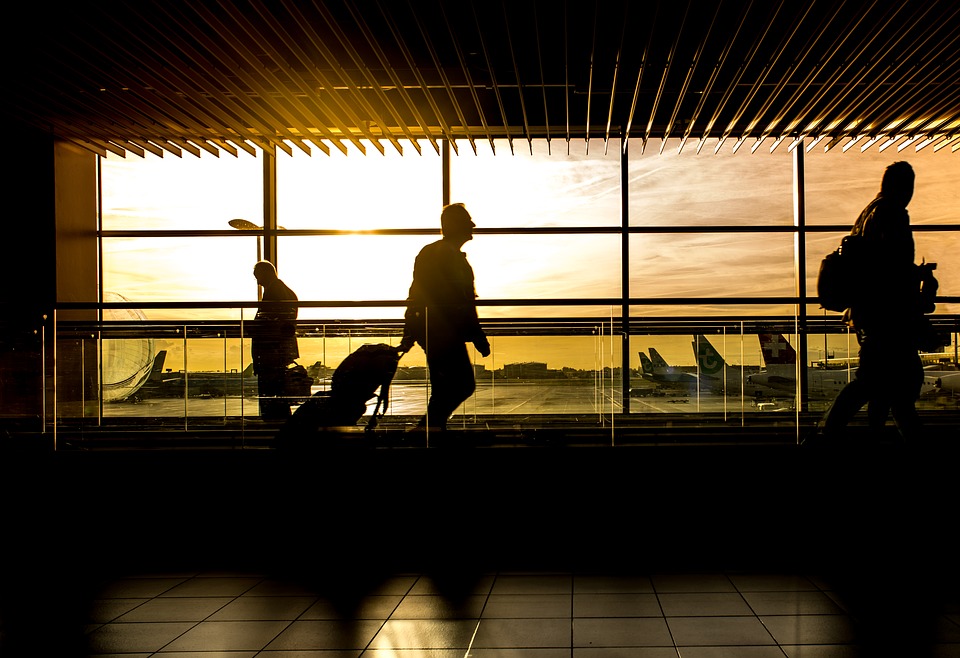 It was Sunday afternoon, February 24, when I first saw him. We were both at the gate waiting for our flight from Denver to Newark.I hesitantly approached him and greeted him, “Shalom aleichem.”

As I moved closer I could see that he was quite elderly. I asked if he was visiting family in the Denver area and he nodded. I introduced myself. In turn, he said, “My name is Harry Leebstein, however, I prefer Tzvi Hersh.”

“What was it like in Vilna before the war?” I asked.

In Yiddish (as he was now back again in Vilna) he said, “Es iz geven zeyer geshmak . . . ich hob gevolt zein a rebbi [It was wonderful. I wanted to be a rabbi]. But on June 22, 1941, months before my bar mitzvah, the Nazis invaded Lithuania, and there was no more bar mitzvah. Within a few months, I also had no parents and no siblings. I never fulfilled my wish to be a rebbi.”

He looked so sad.

We began to board.

The flight attendant asked, “Sir, do you need any special assistance?”

My new friend wasn’t sure what she said so I quickly answered for him. “No, he’s fine.”

I just shrugged and mumbled, “Nothing really.”

When we reached his seat, I found I was conveniently seated next to him. I placed his hand luggage in the overhead compartment, and we both sat down.

“How was your visit with your family?”

Looking straight ahead, he said, “I think this is the last time I will make the trip. Not that I can’t. It’s just too painful.”

I looked at him with a puzzled expression.

Sensing my confusion, he explained. “I am not as young as I used to be. My ears don’t hear as well as they once did. But this time was different.”

“I know I need things to be repeated,” he said. “However, until this last visit, I was still a contributing member of the family. My opinion counted. This time, for the first time, I noticed a difference. No longer was anyone interested in hearing what I had to say. As I was sitting in the kitchen, my granddaughter asked her mother, â€˜What does Zeidy [grandpa] like for breakfast?’ And I was sitting right in front of her! I was no longer included in discussions and people spoke as if I was invisible and not present.

“That is what I meant when I said it’s too painful. When people start answering for you as if you are not able to answer for yourself, that’s when the pain really hurts.”

Again, he asked, “Do you really know what I mean?”

I attributed the annoying repetitiveness to his age so I nodded again.

I am not sure when the epiphany finally penetrated my dense mind. At last, however, I realized that Tzvi Hersh was not just talking to me, he was talking about me!

I was guilty of doing exactly the same thing that had hurt Tzvi Hersh.

Hadn’t I just answered for him when the flight attendant asked him a question?

And I hadn’t even had the decency to tell him what she said when he asked me.

Tzvi Hersh didn’t reply. We sat in silence for a long while.

A flight attendant came over to us. “Would your elderly friend like a drink?” she asked me.

I smiled at her. “I don’t why you’re asking me. He’s perfectly capable of telling you if he is thirsty.”

I smiled back and said, “With a rebbi like you, how could I not?!”

He beamed contentedly as he took a long, slow sip of his seltzer.